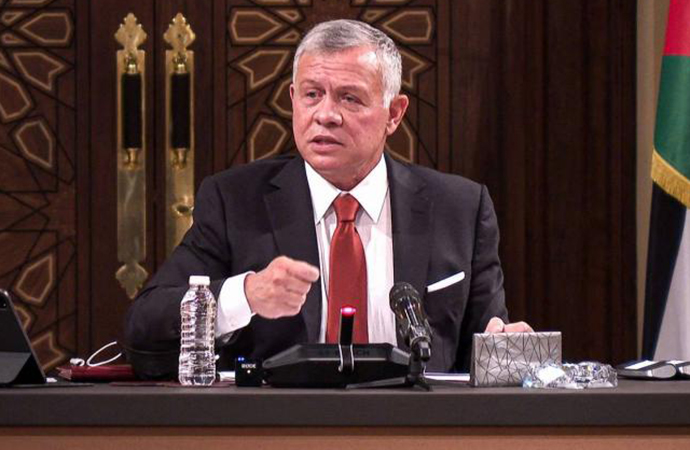 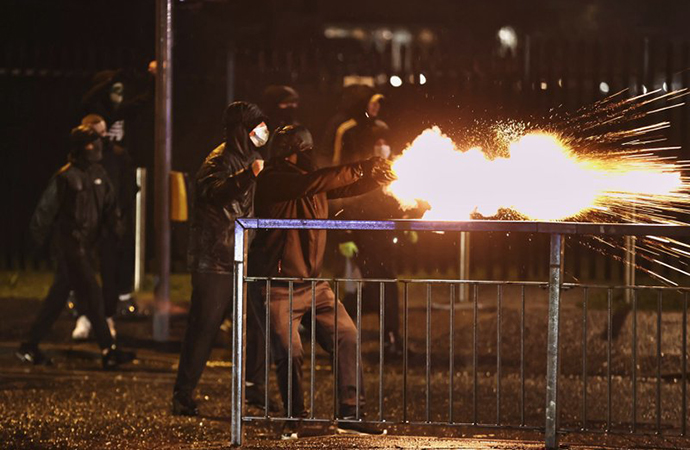 Jordan's King Abdullah II addressed the unprecedented public rift within the royal family for the first time, portraying it as an attempted sedition involving his half-brother that had been "nipped in the bud," but caused him anger, pain and shock. The monarch appeared to be doubling down on the allegations against Prince Hamzah, a former crown prince, while at the same time trying to reassure Jordanians that the nation was returning to business as usual. But even if the current crisis is eventually defused, major challenges loom for the Western-allied monarchy as it confronts growing internal dissent.

The statement, presented by a newsreader on Jordan TV, dealt with the internal crisis that erupted over the weekend when Hamzah was confined to his home and accused of being part of a plot to destabilize the kingdom. Hamzah has denied the allegations, saying he was simply calling out long-running corruption and mismanagement in the kingdom.

An information blackout under Myanmar's military junta worsened as fiber broadband service, the last legal way for ordinary people to access the internet, became intermittently inaccessible on several networks. Authorities in some areas have also started confiscating satellite dishes used to access international news broadcasts. Protests against the Feb. 1 coup that ousted the elected government of Aung San Suu Kyi continued Thursday despite the killing of 11 people by security forces a day earlier.

It was unclear if the internet interruptions for at least two service providers, MBT and Infinite Networks, were temporary. MBT said its service was halted by a break in the line between Yangon and Mandalay, the country's two biggest cities. But internet users had been complaining for the past week of major slowdowns in the services. The junta has gradually throttled down internet service since the coup.

The number of Americans applying for unemployment benefits rose last week to 744,000, signalling that many employers are still cutting jobs even as more people are vaccinated against COVID-19, consumers gain confidence and the government distributes aid throughout the economy. The Labor Department said Thursday that applications increased by 16,000 from 728,000 a week earlier. Jobless claims have declined sharply since the virus slammed into the economy in March of last year. But they remain stubbornly high by historical standards: Before the pandemic erupted, weekly applications typically remained below 220,000 a week.

For the week ending March 27, more than 3.7 million people were receiving traditional state unemployment benefits, the government said. If you include supplemental federal programs that were established last year to help the unemployed endure the health crisis, a total of 18.2 million are receiving some form of jobless aid the week of March 20.

Authorities in Northern Ireland sought to restore calm Thursday after Protestant and Catholic youths in Belfast hurled bricks, fireworks and gasoline bombs at police and each other. It was the worst mayhem in a week of street violence in the region, where Britain's exit from the European Union has unsettled an uneasy political balance. Crowds including children as young as 12 or 13 clashed across a concrete "peace wall" in west Belfast that separates a British loyalist Protestant neighborhood from an Irish nationalist Catholic area. Police fired rubber bullets at the crowd, and nearby a city bus was hijacked and set on fire.

Northern Ireland has seen sporadic outbreaks of street violence since the 1998 Good Friday peace accord ended "the Troubles" - decades of Catholic-Protestant bloodshed over the status of the region in which more than 3,000 people died. But Police Service of Northern Ireland Assistant Chief Constable Jonathan Roberts said Wednesday's mayhem "was at a scale we have not seen in recent years."

Thirty-four people died as a launch capsized on the ...

The world now has stunning new photos of this week&rsquo;s asteroid st ...

NASA&rsquo;s Juno spacecraft has made the closest approach to Jupiter& ...