A devastating flash flood in India's northern state of Uttarakhand 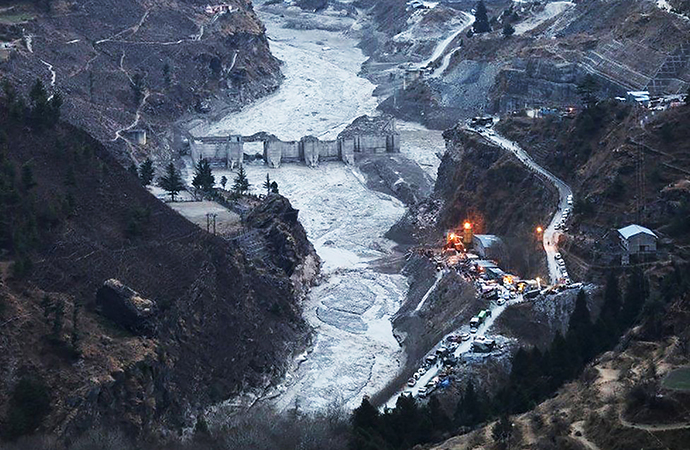 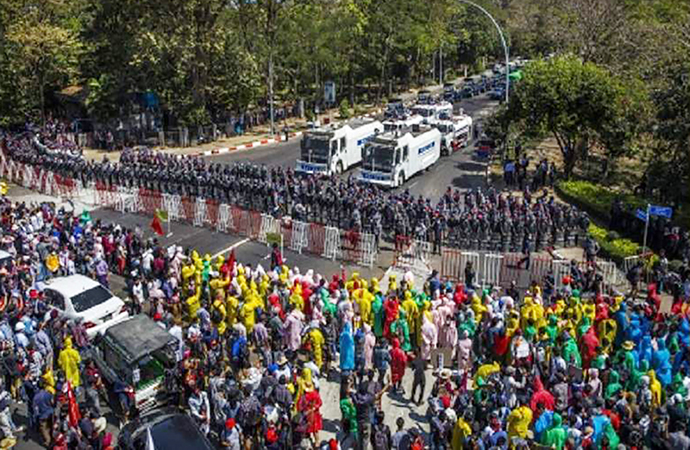 A devastating flash flood in India's northern state of Uttarakhand killed at least 32 people and trapped workers in underground tunnels. It also sparked informed speculation on what caused Sunday's deluge.Rescue efforts are still continuing, with more than 170 people missing - 12 workers were pulled out from a tunnel after being trapped in the freezing dark. A team of scientists investigating the incident believe a piece of a Himalayan glacier fell into water and triggered the huge flood in Uttarakhand state.

Five scientists flew over the glacier in a helicopter, took pictures, looked at satellite photographs and collected data from the devastated area. The origin of the incident, they say, was a glacier on a remote and inaccessible 5,600m (18,372ft) peak called Raunthi. The scientists believe that a part of this glacier was wrapped around and hanging on a slope, held up by a mass of rock. This part weakened over a period of time due to freezing and melting.

US President Joe Biden ordered new sanctions against the military regime in Myanmar, taking action after the military this month staged a coup in the Southeast Asian country and arrested de facto leader Aung San Suu Kyi and other senior politicians. Biden said he was issuing an executive order that will prevent Myanmar's generals from accessing $1 billion in assets in the United States. Biden added that more measures are to come. "The military must relinquish power it seized and demonstrate respect for the will of the people of Burma," Biden said.

Biden said the new sanctions will allow his administration to freeze U.S. assets that benefit Myanmar's military leaders while maintaining support for health care programs, civil society groups and other areas that benefit the country's people. He said the administration planned to identify specific targets of the sanctions later this week. Before Biden spoke from the White House, large crowds demonstrating against the military takeover again took to the streets in Myanmar.

Greece's prime minister said it's unlikely "substantial" talks to reunify ethnically split Cyprus could resume if Turkey and Turkish Cypriots insist on pursuing a two-state accord that defies a United Nations and European Union-endorsed framework for federation. Prime Minister Kyriakos Mitsotakis said that in their public statements, the leaders of Turkey and the breakaway Turkish Cypriots are "outside the framework" of an envisioned federation made up of Greek and Turkish speaking zones that the two sides agreed would form the basis of a peace deal more than 40 years ago.

Mitsotakis said both the U.N. and the EU reject any notion of a two-state deal for Cyprus that was ethnically divided in 1974 when Turkey invaded following a coup aiming at union with Greece. Turkish Foreign Minister Mevlut Cavusoglu and Turkish Cypriot leader Ersin Tatar have said last week that federation isn't feasible and that any arrangement should be negotiated between "two equal sovereign states."

Yemen's Houthi rebels targeted an airport in southwestern Saudi Arabia with bomb-laden drones, causing a civilian plane on the tarmac to catch fire. The attack threatened to escalate Yemen's grinding war. No one was hurt in the assault, but the damaged passenger plane at Abha airport served as a powerful reminder of the danger that Houthi rebels pose to Saudi Arabia, which nearly six years ago launched a bombing campaign that has devastated the Arab world's poorest country.

The Iran-aligned Houthis soon claimed responsibility for the assault, with military spokesman Yehia Sarea stressing that the Houthis consider Abha airport to be a military, not civilian, target. "This targeting comes in response to the continued aerial bombardment and the brutal siege of our country," Sarea said, adding the group attacked with four bomb-laden drones. Col. Turki al-Maliki, the spokesman for the Saudi-led military coalition fighting in Yemen, said forces earlier intercepted and destroyed two drones launched by Houthis toward the country's south.

Reporting is not a crime. So why has India’s governm ...