COVID-19: What is the risk of reinfection? 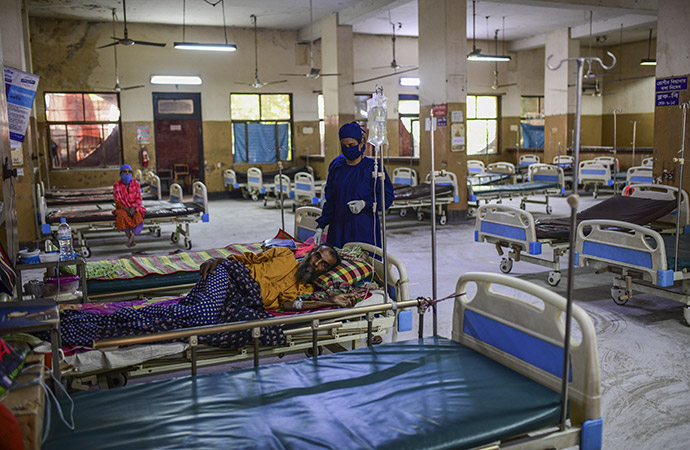 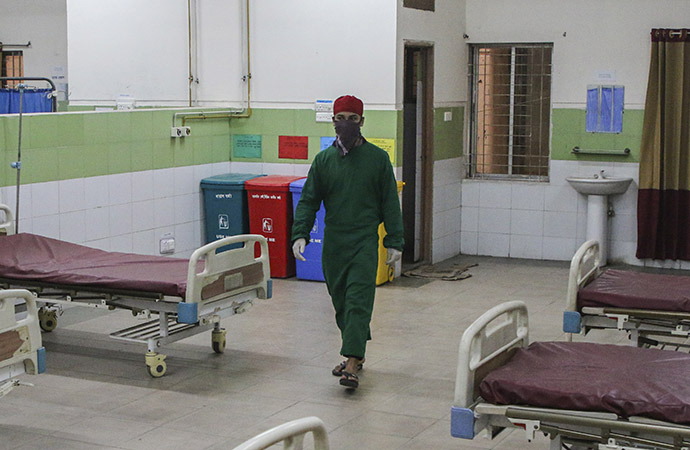 The ongoing Coronavirus pandemic is forcing doctors and health officials around the world to perform beyond their remit, yet the number of patients and casualties are rising day by day.

While the number of remissions is still higher, many questions about COVID-19's effect on the immune system remain unanswered - such as the possibility of its second coming, or getting 'reinfected', to a former host.

On April 8, China's Wuhan began allowing people to step out from their homes for the first time in 76 days, following the lockdown imposed to prevent the spread of the Coronavirus that first emerged there in late 2019.

However, a recent study revealed that in South Korea earlier this week, 91 people who received remission from the Coronavirus, were again reported to have tested positive.

Korea's Centers for Disease Control and Prevention (KCDC) have sourced this information, saying the virus likely was 'reactivated' instead of the people being 'reinfected' after they got their remissions of the virus.

This second exposure of the virus may have been picked up because of possible flaws in the testing process when patients were discharged from the hospital the first time, according to the researchers. Studies have also suggested that the virus can remain in people long after their recovery, according to this latest data from the KCDC - which has thrown a new theory into the study that the virus can reactivate itself.

Earlier, research showed that about 14 percent of the former patients were diagnosed with the virus once more after being given the clearance. The news came as experts feared that China is facing a second outbreak due to the increasing number of imported cases.

"Any virus can mutate, and this new Coronavirus is reportedly mutating and changing its nature - so the risk of second exposure through its mutation or even reactivation on the host body is very possible," Roushney Fatima Mukti, Senior Lecturer at the Department of Genetic Engineering and Biotechnology at East West University, Dhaka, told DC.

In the case of the novel Coronavirus, aka SARS- COV 2 or COVID-19, the infected patient can feel ill for about seven days with symptoms such as fever, tiredness, dry cough and sometimes chest pain. Study shows that about 80 percent recover from the disease without even needing any special treatment.

The disease, however, can be serious and even fatal for older people, and people with other medical conditions or comorbidities such as asthma, diabetes, or heart disease.

Once a person gets infected by the Coronavirus, the host body starts producing proteins called antibodies to fight the infection. As these antibodies start to successfully curb the virus and keep it from taking over host cells, symptoms usually start declining and the patient feels better.

As a result, the immune system then completely destroys the virus in the system with the help of these antibodies. A person who is infected with and survives it with no long-term health effects or disabilities has "recovered", according to the medics.

Even after symptoms disappear, small amounts of the virus may remain in a patient's system, and they should stay isolated for an additional three days to ensure they have truly recovered and are no longer infectious to others.

Medically, the patient must be fever-free without fever-reducing (such as paracetamols) medications for three consecutive days, besides other signs of improvement including reduced coughing, before a patient can be said to have recovered.

The US Centers for Disease Control and Prevention (CDC) provided guidelines, in addition to these above-mentioned essential requirements, says that a person must test negative for the Coronavirus twice, with the tests taken at least 24 hours apart. If both the symptom and testing conditions are met, only then a person can officially be considered as recovered by the CDC.

"We don't know that for 100 percent certain because we haven't done the study, but I feel really confident that if this virus acts like every other virus that we know, once you get infected, get better, clear the virus, then you will have immunity that will protect you against reinfection," Dr. Anthony Fauci, head of the National Institute of Allergy and Infectious Diseases, USA, said in a tv interview last week.

Ultimately, what all need to understand about reinfection is that even if it does occur, the body is in a much better position to prevent any serious illness or disease to follow from it.

While further studies are needed to understand the effects of reinfection with new Coronavirus, experts recommend those who have been infected follow the hygiene steps outlined by CDC, which include staying away from people who are sick, frequently washing hands, and covering coughs and sneezes.

Even the vaccines in development against SARS-COV 2, which are still mostly over a year to eighteen months away from widespread availability, are unlikely to be 'sterilising', i.e. prevent infection. They will cover a certain range of mutations, beyond which the vaccines would have to be updated, as is the case with the vaccine for seasonal flu. But they will provide a certain level of protection from disease that would prevent anything akin to a pandemic revisiting the world on its account.

Coronavirus: we will emerge as better people