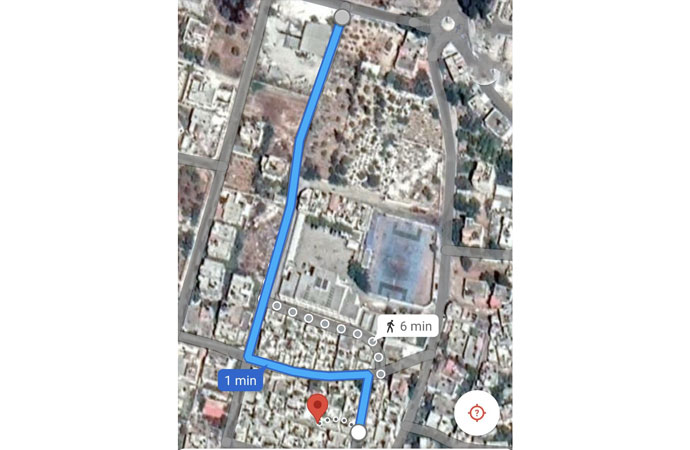 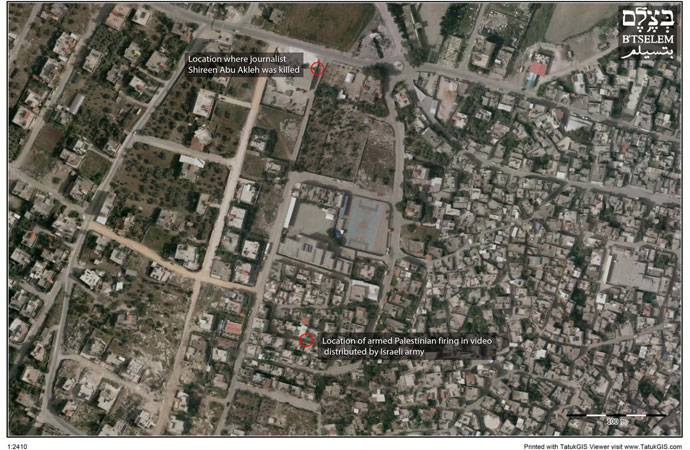 At least 28 journalists have been killed in the line of duty in different parts of the globe in 2022 already, according to Reporters Without Borders, known by their French acronym RSF. The Committee to Protect Journalists puts the number even higher at 30. The brazen killing of a trailblazing female journalist by Israeli forces on Wednesday is just the latest.

The issue of reporters' safety exploded into the headlines with the shock death of the inspirational Palestinian-American journalist Shireen Abu Akleh, shot in the head by an Israeli sniper while wearing a helmet and bulletproof vest identifying her in the familiar large lettering: PRESS.

The killing was first reported by Al Jazeera, where she was a veteran of the Qatar-based network's Arabic service. Over a period of 25 years, she became known as the 'Voice of Palestine' in homes across the Arab world, and beyond.

Despite the obvious dangers under which reporters working in conflict zones operate - the killing occurred during an Israeli army raid at the Jenin refugee camp - Abu Akleh's death has shaken the entire journalism profession in a way few others have in recent memory.

She was shot with a single bullet beneath the ear - one of the few unprotected parts on the upper body from the standard safety equipment she wore (helmet and bulletproof vest).

It has led to speculation that her targeting may have been deliberate. In any case snipers don't usually engage in random gunfire. The IDF has opened an investigation, but few if any hold out any hope that it may lead to any prosecutions.

Besides, that wasn't before a concerted effort on the part of the IDF and Israeli Prime Minister Naftali Bennett's office to muddy the waters by putting forward a desperate counter-claim that Palestinian gunmen in the area at the time could have been the ones who shot Abu Akleh and fellow journalist Ali Al Samudi, who was working closest to her at the time as her producer on the fateful assignment.

Al Samudi was shot in the back but admitted to hospital in stable condition. Speaking to the Associated Press from hospital, he said that they were among a group of 7 journalists who went to cover the raid on Wednesday morning, noting that they were all wearing protective clothing that clearly indicated they were journalists, and they even passed by the Israeli forces so that the soldiers could see them and know that they were there.

He added that a first shot missed them, then the second hit him and the third killed Shireen, stressing that there were no armed men or other civilians in the area, as only the correspondents and the army were present. Video of the moments after the shooting bear out his testimony.

All the journalists present at the scene said that there was no incident of firing from the Palestinian side where they were working.

Additionally, Israeli human rights organisation B'Tselem and liberal newspaper Haaretz have both carried out investigations that debunked the Israeli claims. Palestinian gunmen in the area, as located in the Israeli claim, were in no position whatsoever to shoot at the journalists' location (see image).

"We are shocked and strongly condemn the killing of the prominent Palestinian-American journalist Shireen Abu Akleh in the West Bank while doing her job and while clearly identified as a journalist," said CPJ Middle East and North Africa Program Coordinator Sherif Mansour in Washington, D.C. "We call for an immediate and thorough investigation into her killing. Journalists must be able to do their jobs safely and freely without being a target."

So far this year, the highest number of journalists -12 so far- have been killed while working in war-raged Ukraine. With the Russian invasion, Ukraine became the most dangerous place on earth to work for journalists.

Given that we're not yet halfway through the year, if this rate continues, the number of victims will easily surpass the number killed in similar circumstances in 2021 in the CPJ's database: 45. It could end up being the deadliest year for journalists since 2018.

The issue of who should carry out the investigation has itself become a hot button. Ned Price, the US State Department spokesman, kept insisting at the department's daily press briefing that Washington trusts Israel has the 'wherewithal' to carry out an impartial investigation into its own forces' conduct. But do they have the will?

Price was left visibly disomfited, when the AP reporter at the briefing questioned him on whether Washington's concerns over the IDF bombing of a high-rise building housing the offices of the AP and Al Jazeera in Gaza City almost exactly a year ago had been addressed yet by any Israeli investigation. "Those concerns still remain," he said eventually.

Journalists around the world called for an investigation by an independent body. They said the one that is accused of a crime should not be the one asked to investigate it.

In many countries, mostly the countries ruled by authoritarian governments, journalists face threats for telling the truth to the world. Many are arrested, abducted, beaten and tortured psychologically.

Experts say the killing of Akleh is condemnable in every way, and it is also a time to raise people's voices against the increasing obstacles to quality and impactful journalism.

"Anyone who believes in freedom of press must unequivocally condemn the killing of journalist Shireen Abu Akleh, who was shot and killed by Israeli forces in the occupied West Bank. Outrage against occupation, brutality and injustice cannot be selective," Professor Ali Riaz wrote on his social media profile.

Abu Akleh, 51, was born and brought up in Jerusalem. Though she held American citizenship and often visited the States in the summers, those who knew her best say she felt most at home in East Jerusalem and the West Bank, where she lived and worked. During her quarter of a century association with Al Jazeera, she covered the second intifada, the Israeli siege of Jenin in 2002, the death of Yasser Arafat, numerous West Bank raids and faltering attempts to find a sustainable peace.

Recalling her coverage of the Second Intefada with Al Jazeera last year, Abu Akleh hinted at her motivations: "I chose journalism so I could be close to the people. It might not be easy to change the reality, but at least I was able to communicate their voice to the world."

In doing so, she became their voice - anointed by the people themselves. There can perhaps be no greater tribute paid to the life and work of a journalist.