Why we should care about the return of HOBEKI? 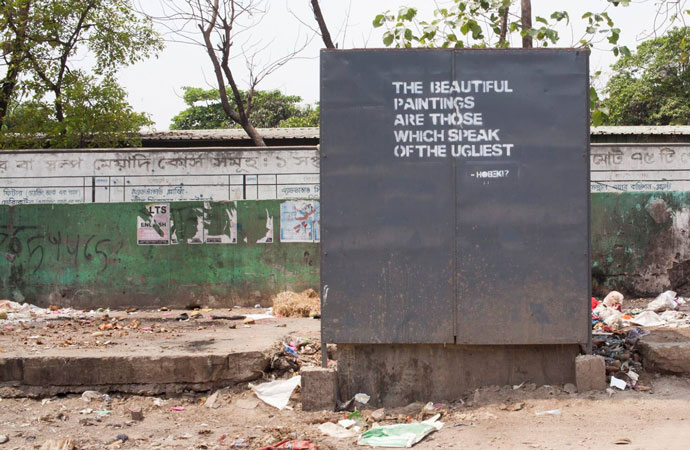 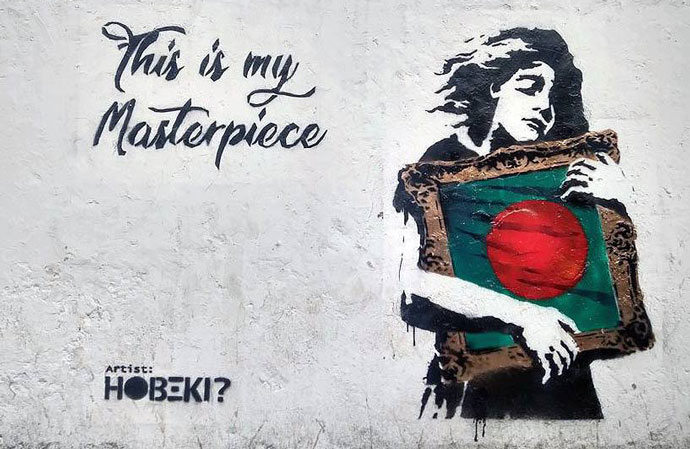 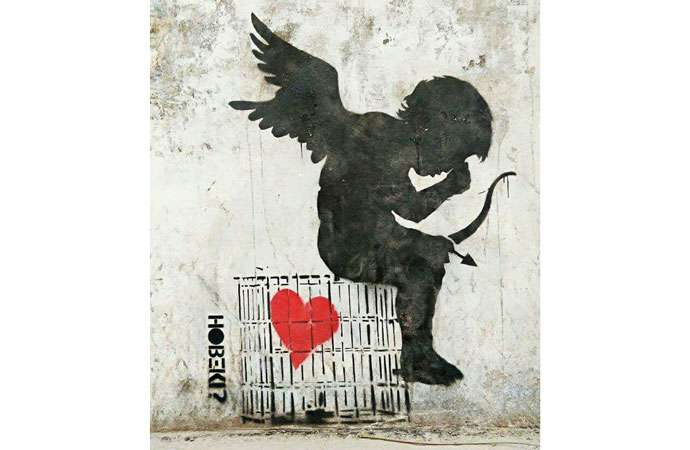 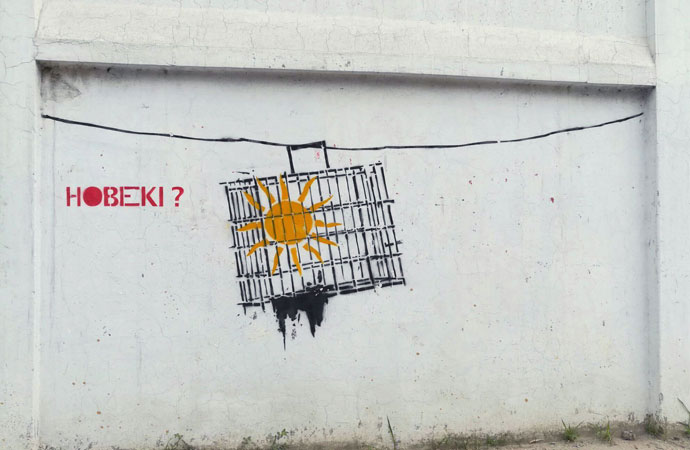 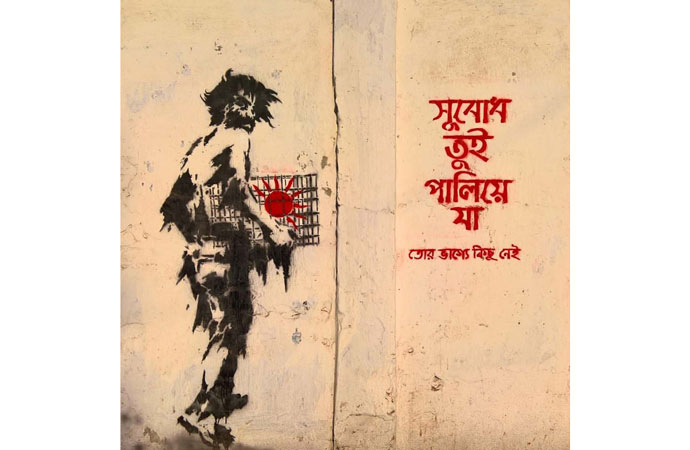 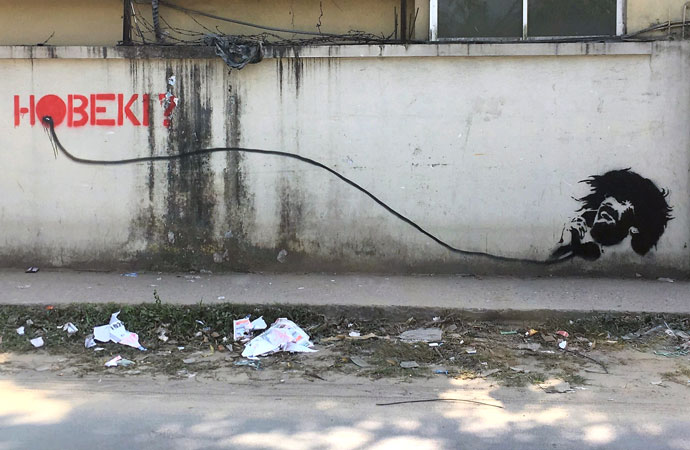 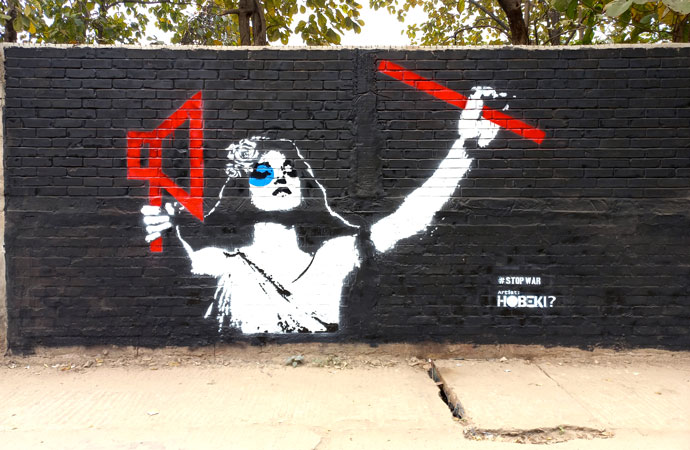 Popular British rock band Coldplay, also regarded as one of the most colourful, enthralling and popular bands in the world, was asked in 2011 about their fifth studio album "Mylo Xyloto" and its graffiti-based artworks. Coldplay frontman Chris Martin explained the reasons behind their artworks in an interview titled "Coldplay on Graffiti," published on the band's official YouTube channel on October 26, 2011. "Everything we're doing at the moment, we've been trying to have a sort of blank canvas and a fresh start. And so we felt a sort of kinship with people who do street art, in terms of just the carefreeness of it. There's no worry about expressing yourself and just letting your feelings out. Not only do we love the colour and the imagery of so much of that 80s and 70s New York stuff, every city you go to, you see beautiful art on ugly Gray walls, and it's just something that we really respond to," Coldplay described how they view graffiti and street art.

Over the years, graffiti and street artworks became globally popular and celebrated, because of their flamboyant and meaningful characteristics. Interestingly, Bangladesh also has an anonymous artist who is gifted with the ability to create meaningful street arts, and some of the iconic graffiti artworks of this anonymous artist surrounding a particular character grabbed public attention back in 2017 for quoting some ominous messages, while the artworks depicted a man running with a caged sun at various street walls in the capital's Agargaon, Mohakhali and Old Airport areas. The character is called 'Subodh,' who has been portrayed as a rebellious, naughty, random, almost ragged young man, and also the image of a very brave, rebellious youth. There are many famous messages under this series which became highly popular and had been frequently shared on social media platforms, including "Subodh tui paliyey ja, ekhon somoy pokkhey na, tor bhaggey kichhu nei" (Flee Subodh, time is not on your side, nothing is written in your fate), "Subodh tui paliye jaa, bhuleo firey ashish na" (Flee Subodh, don't even return by mistake), "Subodh, kobe hobe bhor?" (Subodh, when will dawn arrive?) and more.

And the mysterious, anonymous artist, calls itself by an even more interesting alias: "HOBEKI?."

The name has recently been the talk of the town again, and for significant reasons. Capturing the public attention for creating thoughtful graffiti artworks across the city with its 'Subodh' series, the mysterious and anonymous artist "HOBEKI?" has recently emerged again in the capital with a new piece of artwork. The new graffiti was drawn on a wall on the way to Mirpur-12 ceramic road in the capital, which portrays a woman with a blue eyepatch in one of her eyes while adorned with a flower in her hair, standing with a black background, raising both hands and trying to call for an end to war. A hashtag with the phrase "stop war" is also written on the graffiti, right above the signature "Artist: HOBEKI?".

Although it is unknown who this mysterious artist is, every graffiti of the artist has a signature touch with the word "HOBEKI?" (Will it happen?) which suggests the name of the artist. Over the years, "HOBEKI?" has been featured in many renowned global media and garnered popularity across other countries, most notably in West Bengal, India.

An Instagram account of the artist in which "HOBEKI?" described itself as the "Hawker of Subodh," announced on March 4 about the newest graffiti works through an open invitation post. "I feel good enough to inform you all that I have managed to take control of a wall on the way to Mirpur-12 ceramic road, where I have introduced a new piece of artwork. The piece is still lying there, and I invite you all to pay a visit and enjoy this beautiful Black and White canvas, before it gets vandalized," the post described.

The newest artwork: why it is important?

Analyzing this new piece of graffiti from the mysterious yet highly talented artist, art agency Artcon says that it is linked to Ukraine's Motherland Monument.

"As we are in the middle of a global war between Ukraine and Russia, we think this new graffiti is somehow inspired by the famous 'Motherland Monument' in Ukraine. Located in the heart of Kyiv, the capital of Ukraine, the sculpture is 335 feet high. It is part of the World War II Memorial Museum of Ukrainian History, but the important and surprising aspect is that the anonymous artist has successfully made a thought-provoking piece that needs to be studied," Artcon founder ARK Reepon told Dhaka Courier.

"The new graffiti artwork is made in support of global peace. It's an open call to the entire world. Not every day do we witness everyone promoting peace through arts, which is the most powerful medium to spread the underlying message because it's a global language. Through our evaluation, we can say that the underlying language of this art is immensely strong, and that is why we believe that this work should be taken more seriously than just a piece of graffiti," Reepon elaborated.

Further assessing the importance, Reepon continued: "Portraying the current chaotic world order, this graffiti is a tremendous documentation of our time. Creating meaningful messages through arts in the realm of creative media is an immensely difficult and challenging task, but the best thing is that the language of art is for everyone's good. This specific piece which we are talking about has a very deeper and broader meaning and we believe the entire world should take this piece seriously."

Why, if we may ask? "Well, through the famous painting 'Guernica' - the great artist Picasso portrayed the 1937 bombing of Guernica, and the artwork is considered the most moving and powerful anti-war painting in history. As he was a European artist, Picasso's art garnered worldwide admiration relatively easily. The anti-war graffiti of artist 'Hobeki?' - isn't advocating for the same anti-war sentiment? We believe this work also deserves global attention for its message."

An uncanny similarity needs to be discussed at this point - the similarity between the world-famous graffiti legend 'Banksy' and "HOBEKI?." 'Banksy' is a famous street painter from the UK known for popularising street arts using stencils (perforated sheets, used for writing or drawing) method for quick drawing by spraying. He was first noticed in his hometown of Bristol in the early nineties.

Like "HOBEKI?," 'Banksy' is also a pseudonym - who has been also an activist and filmmaker. To date, however, he has not been identified (although a man named Robin Gunningham is identified as Banksy, but not confirmed). The surprising similarity between 'Banksy' and "HOBEKI?" is that both the artists dreamed of a change of system because of its flaws, want to change the system of keeping the war alive, allying with lies, and indulging the oppressors - the system that fosters corruption. The motto of the anonymous artist "HOBEKI?" and his 'Subodh' Graffiti series, according to multiple graffiti works of the artists, is "The Beautiful Paintings are those which speak of the ugliest."

"Although the motifs are the same, the artistic language between the artworks of 'Banksy' and "HOBEKI?" has its differences," Reepon told Dhaka Courier. "The artist "HOBEKI?" addresses the issues the world is facing right now, at this very moment. The graffiti and street arts of "HOBEKI?" are emotionally and internationally awakening which we got to see through the 'Subodh' series; and although the messages are against chaos and war, Artcon believes "HOBEKI?" is not an anti-governmental artist. The artist and his works are revolutionary for awakening the intellect in the mass people, and none of the messages is against the government. The fact is that these artworks can contain confusing tones sometimes, but that's just the thrill of the motif. And the motif? Artcon believes the motif of "HOBEKI?" is to lead the new artistic revolution against the chaos, war and oppression throughout the world. That is why Artcon got interested in the documentation and research of "HOBEKI?" and it's street arts, and we believe it is not a celebrity but a real hero. And we are very fortunate that we have such an artist in our country, and we are experiencing his artistic gifts in this historic period."

Ukraine fights to hold off Russian advances in south ...

Shawwal moon not sighted in Bangladesh, Eid on Tuesd ...

Though the flood waters have started receding in different parts of th ...

Flood claimed nine more lives in different parts of the country in 24 ...

Deadly quake a new blow to Afghans reeling from pove ..