Reminiscing JC Bose: A man of science, of culture 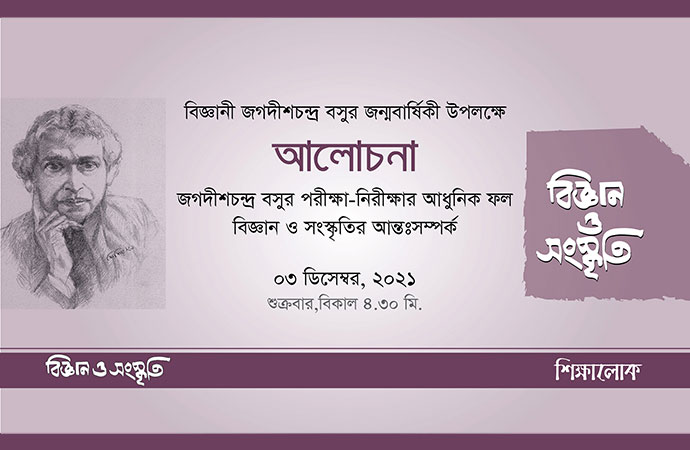 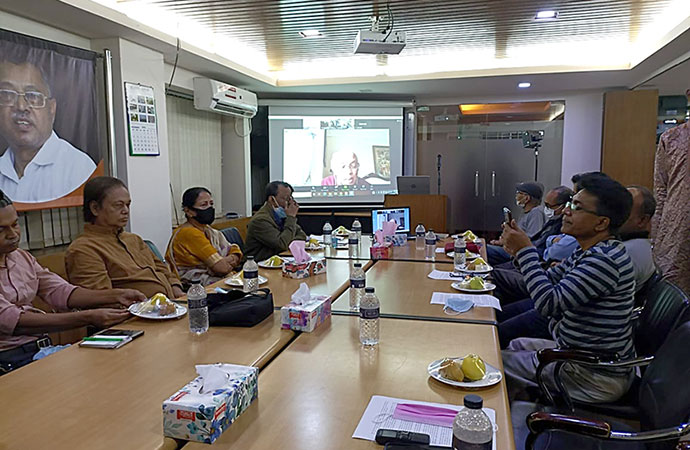 Two keynote papers were presented in the program. One was: Modern consequences of the experiments done by Jagadish Chandra Bose. It was prepared, video-recorded and delivered by Scientist and Writer Ashraf Ahmed, who is Chief Editor of Biggan O Sangskriti and currently lives in the USA. The other was: Interrelation between science and culture. It was written and presented by Artist Shishir Mallick.

Many people attended the program physically and some joined online. It was chaired by Writer Saleha Begum and moderated by Alamgir Khan and Nzneen Shathi, editor and executive editor of Biggan O Sangskriti respectively.

Scientist and Writer Ashraf Ahmed explained elaborately the various experiments conducted by Jagadish Chandra Bose, especially with electro-magnetic wave. His experimental works have come to today's microwave, 5G and such others through researches of later scientists. His works on plants and the experimental tools invented by him have great relevance in today's world. Ashraf Ahmed put enormous emphasis on the celebration of birth anniversary of Jagadish Chandra Bose in his birth-land Bangladesh.

Artist Shishir Mallick did a in-depth analysis of the interrelations of science, culture, politics and development of a society and nation. His assertion is that without fully internalization of science and making it part of our inherent culture, real progress would remain elusive. What we study in the name of science here in Bangladesh hardly develops a scientific attitude towards life and society. We are becoming more adept in using modern technologies, but remaining backward in our mode of thinking with a huge burden of anti-progress beliefs. Mr. Mallick, therefore, calls for the integration of science and arts and culture in our development vision.

Senior journalist Syed Badrul Ahsan said it was very important to organize such a program in order to celebrate the birth anniversary of our most famous scientist Jagadish Chandra Bose.

Shajahan Bhuiya, a columnist and researcher, pointed to the interrelation of science and development practices and the need for emphasis on science study for progress in the country.

Ayub Hossain, editor of Janabiggan, a Bengali little mag on science, shed light on the life of Jagadish Chandra Bose in his discussion. He said that Biggan O Sangskriti's initiatives would contribute to starting a science movement in the country.

Biggan O Sangskriti and Shikkhalok's first joint roundtable discussion was in February this year on the need for learning and science study in Bengali, our mother tongue. This December program of celebrating Jagadish Chandra Bose's birthday has added a new dimension to their commitment of bringing science and arts and culture into a single fold of knowledge and efforts of thus promoting sustainable national development.

Efforts on to change Washington’s decision of sancti ...