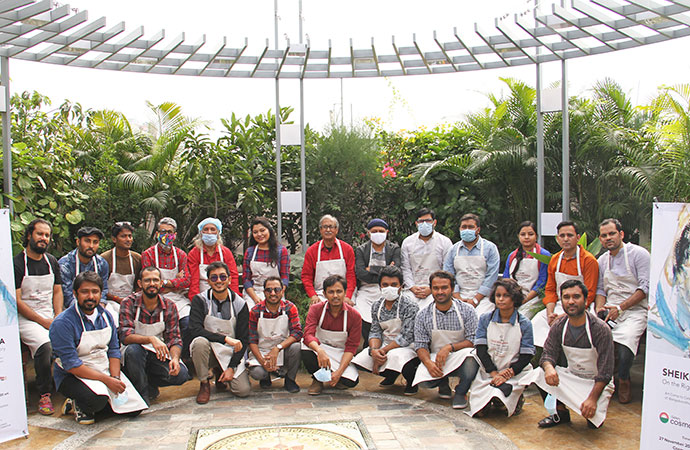 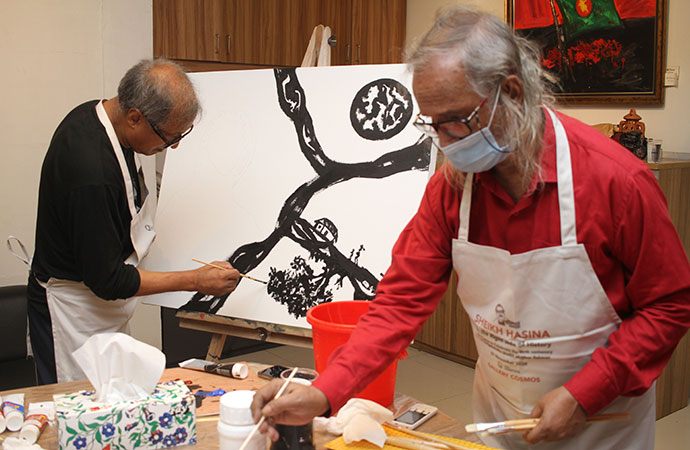 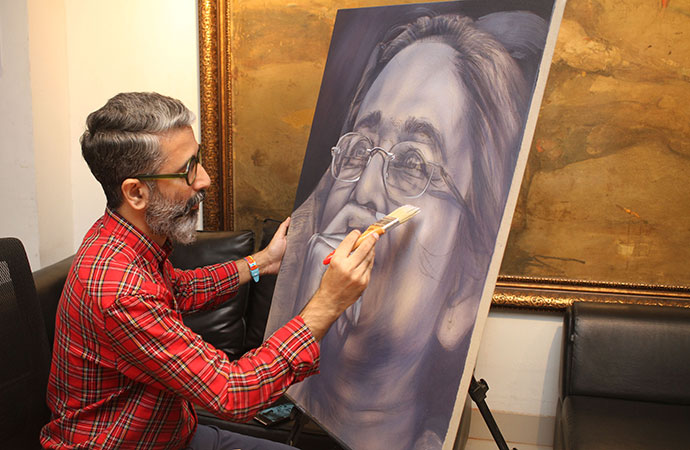 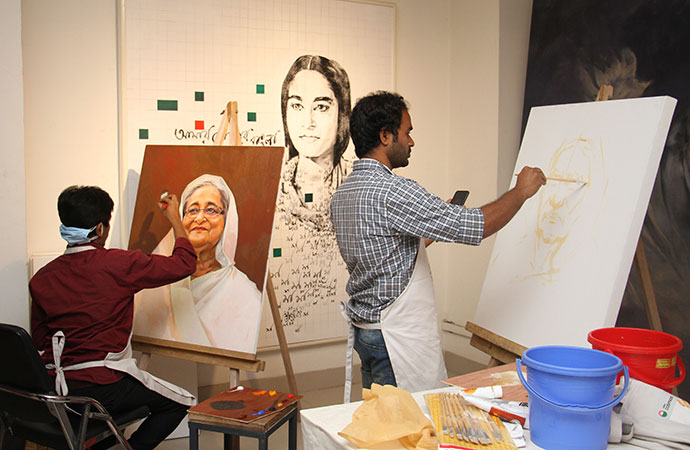 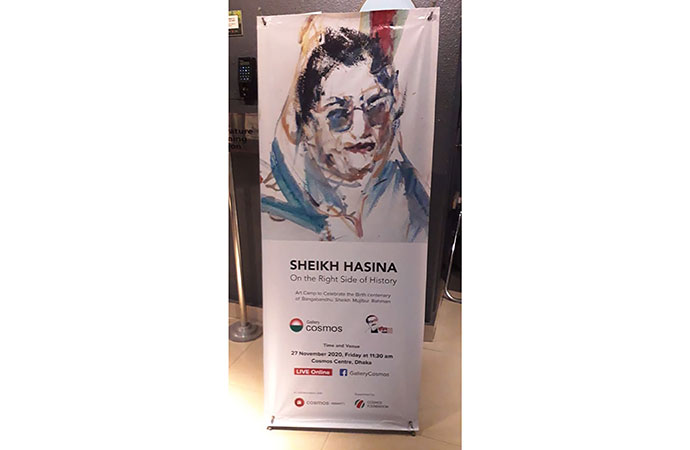 Marking the Birth Centenary of the Father of the Nation, Bangabandhu Sheikh Mujibur Rahman - Gallery Cosmos organized an exclusive Art Camp titled 'Sheikh Hasina: On the Right Side of History' on Friday in collaboration with Cosmos Atelier71 and supported by the Cosmos Foundation.

Twenty-two leading and promising painters of the country participated in the day-long camp from 12 pm till 5:30pm at Gallery Cosmos, Cosmos Centre (Studio, Books and Rooftop), Malibagh in the capital.

Virtually inaugurating the camp from Singapore, Gallery Cosmos Chairman Enayetullah Khan said, "Through our Prime Minister Sheikh Hasina, we see and explore the greatest Bengali ever - our Father of the Nation, Bangabandhu Sheikh Mujibur Rahman. Being the torchbearer for Bangladesh and one of the greatest leaders in the world, Sheikh Hasina has gone through great loss and personal sacrifices - yet her profound leadership has guided us, inspired us from time to time; and this exclusive art camp is a tribute from our Gallery Cosmos towards our Prime Minister - who has truly been on the right side of history."

From Vancouver, Canada - Gallery Cosmos Director Tehmina Enayet virtually announced the opening of the camp, saying, "As part of the activities marking the Birth Centenary of our Father of the Nation, Bangabandhu Sheikh Mujibur Rahman - Gallery Cosmos is organizing this special art camp with 22 prolific artists of Bangladesh. This exclusive art camp is a glorious opportunity through which we are shedding the spotlight on the historic and eventful life of our Prime Minister from the canvases of all these wonderfully talented artists, as tribute to the role model who herself is the epitome of development."

"During this unprecedented time of COVID-19, we are thankful to all our 22 participating artists who joined this exclusive camp on our Prime Minister, maintaining adequate health protocol and making this special initiative by Gallery Cosmos and Cosmos Atelier71 a successful one, which has been arranged marking the Birth Centenary of our Father of the Nation, Bangabandhu Sheikh Mujibur Rahman," artist Sourav Chowdhury. Executive Artistic Manager of Gallery Cosmos told UNB.

Enayetullah Khan also announced that an exhibition will continue for the next two months at Gallery Cosmos, Cosmos Centre (Studio, Books and Rooftop), Malibagh in the capital with the artworks from the camp.

Visitors (maximum 20 at a time due to social gathering restrictions) are requested to wear mask all the times and keep appropriate social distance while visiting the exhibition.

1.
Bangabandhu fought for all with extraordinary humanity, says Prof Haider
2.
PM, her sister visit exhibition on Bangabandhu
3.
From the Editor-in-Chief: He remains our North Star
4.
BANGABANDHU On the peaks of history

Continuing the Fight, and Bringing an End to Rape in ...