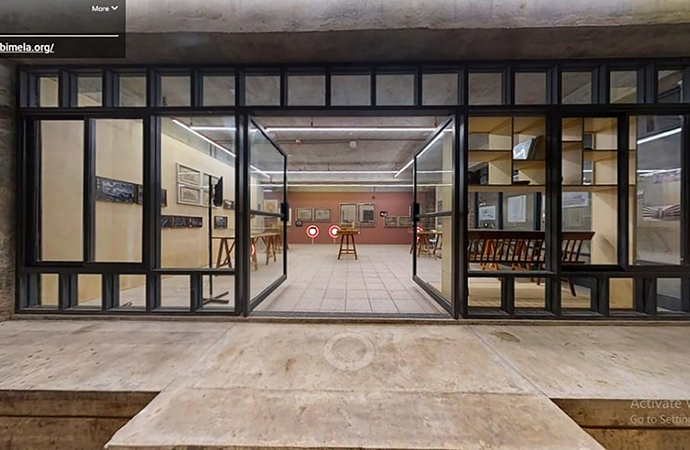 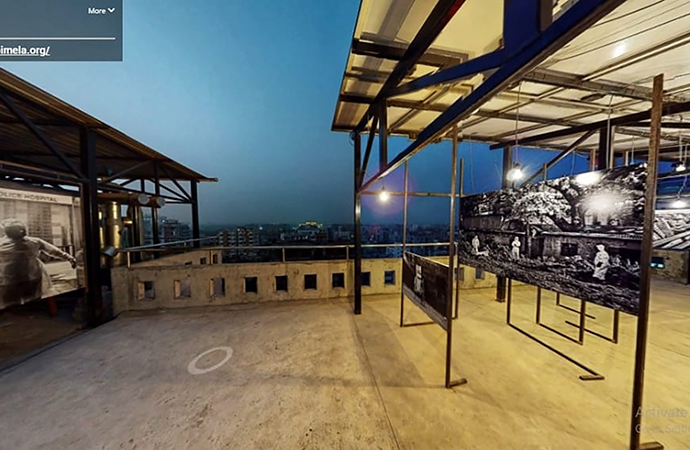 The 11th edition of the international photography exhibition Chobi Mela Shunno concluded in the capital on February 21, and now the festival is being showcased in virtual reality for the next six months, with renowned art agency ARTcon as its virtual exhibition partner.

The virtual exhibition, presenting this special edition of the international biennale festival of photography which is organised by Drik Picture Library Limited and Pathshala South Asian Media Institute, was launched on the same day of the closing of its physical edition.

Since the virtual edition was launched on February 21, art-enthusiasts from home and abroad lauded the advanced and modern implementation of this much-anticipated exhibition which they can explore and enjoy for the next six months.

Describing the initiative, ARTcon founder and Chief Creative Officer at Cosmos Books ARK Reepon told Dhaka Courier that the exhibition will create a new dimension for global art-explorers as it is transcending the barriers of time, regions and other roadblocks.

"We have converted the whole DrikPath building and the artworks into virtual reality so that the audiences can explore the entire exhibition as exactly what it was in physical format. Those of the art-lovers who were unable to visit the festival physically during the ongoing pandemic or due to other circumstances will now be able to experience the exhibition in 3D virtual space on a computer monitor or a VR headset or even at smartphones with an internet connection," Reepon told DC.

He added, "The initial concept crossed our minds when we were in talks with Bangladesh Shilpakala Academy (BSA) regarding a similar initiative on the upcoming 19th Asian Art Biennale Bangladesh 2021, the physical exhibition of which was postponed last year due to the emergence of COVID-19. However, the idea of this virtual exhibition was then welcomed by Drik and after our meeting with Shahidul Alam (renowned international photojournalist and the initiator of Chobi Mela) before the inauguration of the physical festival, we proceed to implement the project with advanced technology."

Reepon informed that the virtual exhibition is covering every single artwork showcased at the physical event from February 12 to 21, with more detailed descriptions and assistance of virtual guides. Every corner of the exhibition venue, the DrikPath building, is being projected including the galleries, staircases and rooftop spaces where the artworks were showcased throughout the festival.

"We have implemented our cutting edge technology to differentiate the time barriers, as some of the artworks were created to be projected at daylight and some of them required the night ambience. So not only this initiative is projecting, documenting and preserving the hard works of the artists, it is also providing outstanding and even better visual experiences to audiences who have missed the physical exhibition," he told DC.

Expressing gratitude on the fact that the concept was materialized with the proper logistic support of the organizers, Reepon said that this idea can also be implemented for showcasing national monuments, such as the National Parliament Building, to the audiences and explorers as permissions for the physical expedition is restricted due to security purpose.

"We have the technology and sound knowledge to provide the best visual experience to the audiences, so if the government and its organizations like BSA proceed to make virtual collaborations with ARTcon on projects like these, I think it will be helpful to everyone from home and abroad, especially to those who are older people or handicapped due to illness who cannot join physical exhibitions," Reepon said to DC.

The 11th edition of this biennale festival, which is titled this year as Chobi Mela Shunno, was joined by a total of 75 artists from countries representing South Asia. Alongside the host nation Bangladesh, artists from India, Nepal, Pakistan and Sri Lanka are virtually participating as direct participation of international artists has been avoided due to the ongoing pandemic situation.

The photographs were showcased and now being showcased at the virtual exhibition under eight projects in a total of eight segments, namely Off-Limits, The Rebel with A Smile, Wishing Tree, Frozen Song, Crossroads Collectives' Intervention, Baba Betar, Chhapakhana Archive, Anatomies of Tongues and projects under the Chobi Mela Fellowship 2021 which was awarded to 14 young artists under the special segment curated by Zihan Karim titled 'Bodh', inspired from Jibanananda Das's poem of the same name.

Photographic artworks from a total of 32 local and foreign artists are being showcased in the curated segments. Participating collectives are Cheragi Art Show (Jog Art Space) from Chattogram, Daagi Art Garage from Dhaka, Kali Collective from Dhaka and Colomboscope from Sri Lanka.

On the fourth day of Chobi Mela, the Translocal Solidarity Networks initiative was launched with a partnership between Chobi Mela and Goethe-Institut Bangladesh, dedicated to the theme of solidarity as well as looking into creating support structures for vulnerable cultural organisations and practitioners in South Asia.

For the next six months, the virtual exhibition can be experienced on Chobi Mela official website www.chobimela.org, or by going to the link https://artcon.com.bd/vr/chobimela/.

Since the inaugural edition in 2000, Chobi Mela has been the most significant photographic event in Asia, and the first of a regular biennale which has become one of the highlights of the Asian calendar of art events.

Down by the River: ‘Maa-Maati-Manush-Swadesh-Bhasha- ...