Emily Schmall and Aniruddha Ghosal
May 22, 2020 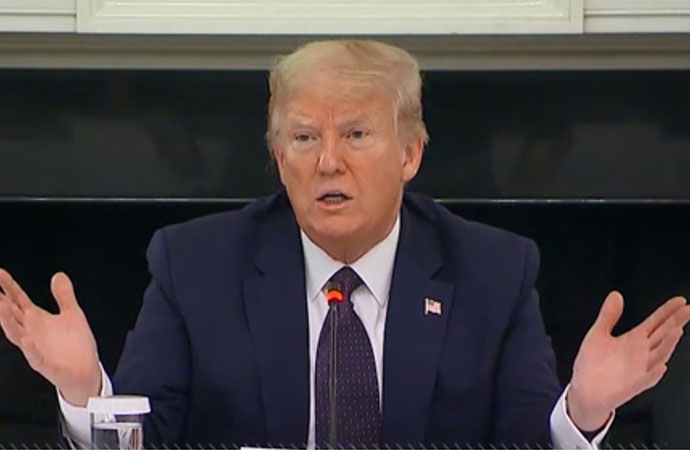 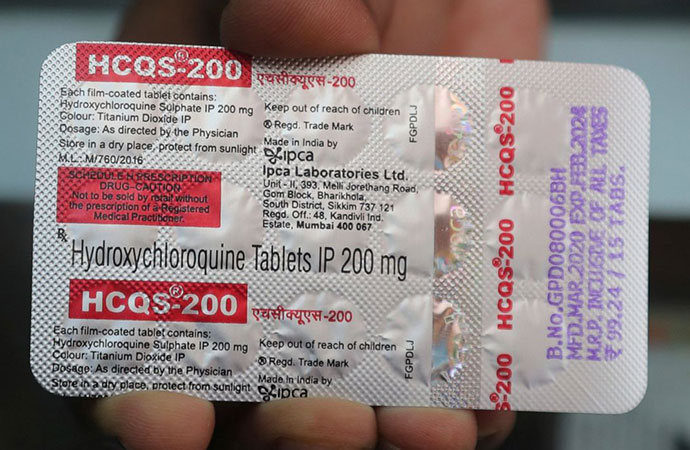 President Donald Trump's declaration that he was taking a malaria drug of dubious effectiveness to help fend off the coronavirus will likely be welcomed in India.

Trump's previous endorsement of hydroxychloroquine catalyzed a tremendous shift in the South Asian country, spurring the world's largest producer of the drug to make much more of it, prescribe it for front-line health workers treating the virus and deploy it as a diplomatic tool, despite mounting evidence against using the drug for COVID-19.

Trump said Monday that he was taking hydroxychloroquine as a measure of protection against the virus. The U.S. Food and Drug Administration, however, has cautioned against using it outside of hospitals because of the risk of serious heart problems.

"He's not a pharmacist. His statements are not relevant to the field," Gupta said.

Still, India's policy on the decades-old drug, used to prevent malaria and treat lupus and rheumatoid arthritis, drastically changed after Trump tweeted in March that the drug, used together with an antibiotic, could be "game changers" in the fight against the pandemic. India's health ministry quickly approved it as a prophylactic for health care workers and others at high risk of infection, and as a treatment for critically ill patients.

Officials in Mumbai even drew up a plan to administer hydroxychloroquine to thousands of slum dwellers as a preventive measure against the virus.

Indian health officials have declined repeated requests for comment, limiting communications to daily health briefings, the last of which occurred May 11.

The rules say that drugs such as hydroxychloroquine be used only after a rigorous scientific and ethical review, continued oversight by an ethics committee and ensuring informed consent - none of which happened with hydroxychloroquine, according to Dr. Amar Jesani, a medical ethics expert.

The Mumbai proposal was ultimately shelved amid questions of the ethics of administering the malaria drug without first subjecting it to clinical trials. Still, the Indian government has recommended more and more people use it, contravening 2017 rules for emergency use of untested drugs, Jesani said.

India initially banned hydroxychloroquine exports, but lifted the ban after Trump threatened "retaliation." At the same time, India's government ordered manufacturers to ramp up production from 1.2 million to 3 million pills a month - causing company shares to skyrocket. From the U.S. to Australia, sales jumped.

Officials have even said that Indian plantations could increase the growing capacity of cinchona trees, whose bark contains the compound quinine, which has been used to treat malaria since the 1860s. Quinine can also be made synthetically.

The Indian government itself purchased 100 million hydroxychloroquine pills, according to government data, to distribute to states and donate to countries including Afghanistan, Myanmar and the Dominican Republic.

India is the world's largest producer of generic drugs, a fast-growing industry that has brought down pharmaceutical prices globally. During the HIV/AIDs crisis, India played a similar role as in the coronavirus pandemic, boosting global supplies of life-saving drugs.

The problem this time, experts say, is that the hydroxychloroquine hype is based on a flimsy study, with little to no evidence that it prevents or treats COVID-19.

Still, a sharp rise in demand has reduced supplies for patients with lupus and rheumatoid arthritis.

India's hurried guidance has also impeded scientific trials that could determine whether the benefits of taking hydroxychloroquine outweigh the risks.

"We should do a trial. I think that is the right way to come to answer on this question. But the (government) made our job harder," said Dr. Bharath Kumar, whose team has proposed a trial.

Meanwhile, evidence against using hydroxychloroquine for the coronavirus is growing.

A U.S. study of 368 patients in veterans' hospitals, the largest study yet examining the malaria drug's value as a coronavirus antidote, found no benefits and even more deaths among those given the drug.

With more than 101,000 cases and 3,163 deaths, the coronavirus hasn't yet overwhelmed India's limited health care system. But that's starting to change in some hot spots as a stringent weeks-long nationwide lockdown begins to ease, allowing for greater mobility of the country's 1.3 billion people.

Nowhere is this clearer than in Maharashtra, the coastal state in central India bearing a third of India's virus caseload. The state's medical education and research agency has been administering hydroxychloroquine to patients in public hospitals and clinics, according to court records.

Dr. Shriprakash Kalantri of the Mahatma Gandhi Institute of Medical Sciences in Maharashtra said the government was recommending hydroxychloroquine for "off label," or unapproved, use, meaning that patients must be told that "there is a small but significant risk that it might harm you."

"If there is no evidence backed by solid clinical trials, then why are the scientific bodies pushing this drug and giving an impression to the public that this is a magic bullet and this is your last hope?" Kalantri said.

The world now has stunning new photos of this week&rsquo;s asteroid st ...

NASA&rsquo;s Juno spacecraft has made the closest approach to Jupiter& ...