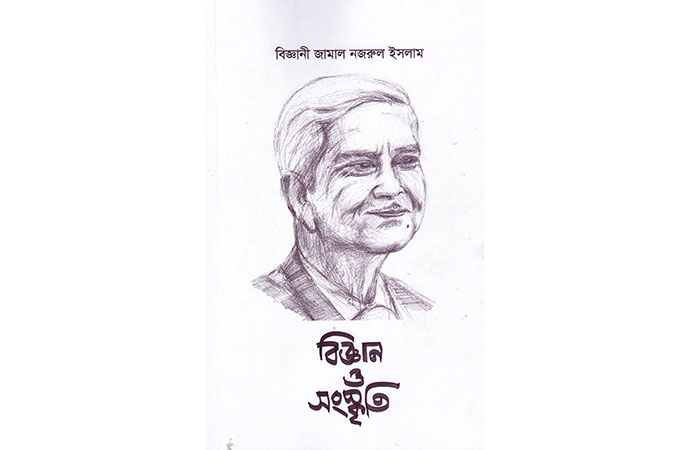 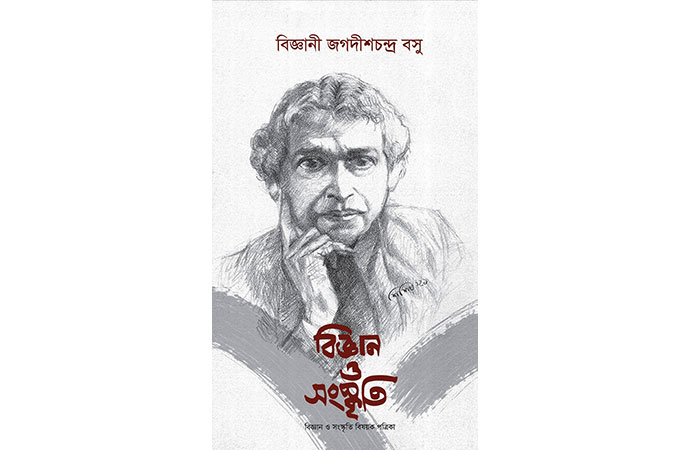 The country is moving ahead along with the world which is becoming smaller day by day. Along with new discoveries and technological innovations, today's digitalization is changing human mind and culture towards unimaginable new developments. With this change in the background, Biggan O Sangskriti, a little mag on science and culture, started it journey since February 2020. Its second issue came out in February this year.

This periodical is rich with valuable writings on issues of science and culture by prominent and young authors in Bangladesh. The little mag has smoothly combined science, literature, social ideas and other issues with attractive cover designs by Artist Shishir Mallick.

The current issue has begun with the article on Jagadishchandra Bose's Bengali book Abyakta by Ashraf Ahmed, Chief Editor of Biggan O Sangskriti. Many things are learnt from here about the views and personality of Jagadishchandra. He was not only a scientist, also a litterateur, a humanist, a patriot and a silent rebel against the British rule of India. We have a lot to learn from his deep love for his mother tongue and his beautiful style of science writing in Bengali.

Raahman Chowdhury, a playwright and history researcher, has written on Spanish flu and coronavirus and worldwide protective measures against it. In his essay, Mostafa Tanim has given an idea of the size of the coronavirus and how to take protection against it. A turmeric molecule is 50 micrometer and a coronavirus is 500 times smaller than it and so fighting against it is a difficult task. Nazneen Shathi, Executive Editor of the periodical, has written a write-up on the fight of the marginalized people against this health hazard in our country.

Syed Badrul Ahsan, a senior journalist, has written on Neil Armstrong and his setting foot on the moon on 20 July 1969. Professor Shahidul Islam's story of an imaginary meeting between God and representatives of the world's major religions tell how religion is being used by the powerful for their narrow interests. Akthar Zaman's story 'Dom' delineates the pain of a morgue worker in love with a girl who refuses to accept him.

Professor Dr. Amin Uddin Mridha has discussed scientific control of water hyacinth and cultivation of onion on raised platforms over the water at Beel Gajna in Pabna. Qudrate Khoda expressed his anger and sorrow over the condition of Bengali in today's Bangladesh where Bangla is being neglected daily in our national life despite blood of our language martyrs shed for this. Saleha Begum has written on the meteoroid and asteroids and their impacts on lives and environment of the earth.

Alamgir Khan, Editor of Biggan O Sangskriti, has written on the unholy connection between doctors and pharmaceutical companies and how this weakens our health system through creating a system of corruption. He has identified this condition as a result of serving crony capitalism by our state policy.

Mahbubul Islam and Aushit Shaha's article is on the vacuum at center of the earth. Anwarul Azim Khan Anjan's write-up is on some interesting mistakes made by scientists and adventurers, which later led them into having some unexpected great discoveries. Columbus, Leibniz, Pierre Curie, John Milton, Alexander, Edward Casner, Rontgen, Alfred Noble and many others have made such funny mistakes in their eventful lives and landed on something extraordinary in the field of knowledge.

There is a review by Anwar Shahin of a book on education and a review by Sirajud Dahar Khan of Kracher Kornel, a drama on Colonel Abu Taher, based on a political novel of the same title by Shahaduzzaman. The issue also contains two poems by Shishir Mallick and Aunarjo Nayeem.

This periodical is broadening our knowledge and promoting scientific attitude by courageously combining science and culture. This is a very bold and necessary step in the time we happen to be living through. We have a great hope for the fruitful future of Biggan O Sangskriti if the expected support becomes available from all corners of society for it. Enlightened persons should make all out efforts to ensure its survival and sustainability for the benefit of our national progress in knowledge and cultural development.

Mahfuz Salam is a writer and development activist

A charming bird of Champakdi and a sad saga of shrin ...