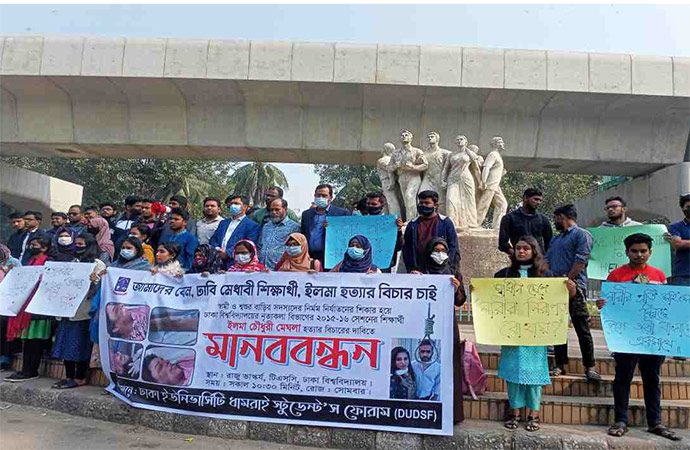 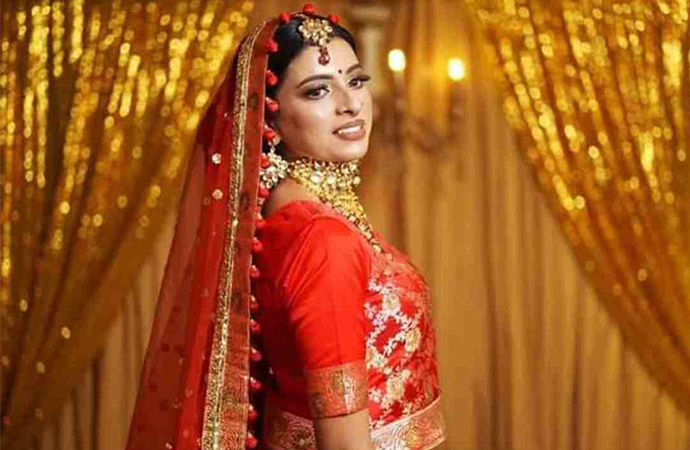 Saiful Islam, father of Elma Chowdhury Meghla, has demanded justice for her daughter as she was reportedly tortured to death by her husband and in-laws.

"I want justice for the killing of my daughter... I demand death penalty of the killers," Saiful Islam said while speaking at a human-chain programme on Monday.

Dhaka University's Dhamrai Students Association Forum arranged the human-chain programme at the foot of anti-terrorism Raju sculpture around 10: 30 am demanding justice for the murder of Elma, a member of the organisation.

"There's every possibility of interference in the judicial procedures as the accused are powerful. My humble request to the Prime Minister is to ensure a quick investigation into the killing of my daughter and punishment of the killers," said Elma's father.

"Many culprits in such cases successfully escape. We've to stand by the family to ensure justice for Meghla," said AR Raihan Rana, an adviser of the forum, said.

Based on a complaint from Meghla's father Saiful Islam, an FIR for murder was filed against three people -- Iftekhar and his parents -- at Banani Police Station.

The two other accused in the case -- the woman's parents-in-law -- are on the run.

"We received a call from Meghla's husband that afternoon that she was ill and rushed to United Hospital. By the time we reached the hospital, she had died," Meghla's uncle Iqbal Hossen said.

"We saw the signs of torture on her body; what we assume that it was a murder," Momo, a friend of Meghla who saw her at the hospital, said. "As far as we know, Meghla was emotionally tortured by her husband."