The world’s largest and most powerful space telescope rocketed 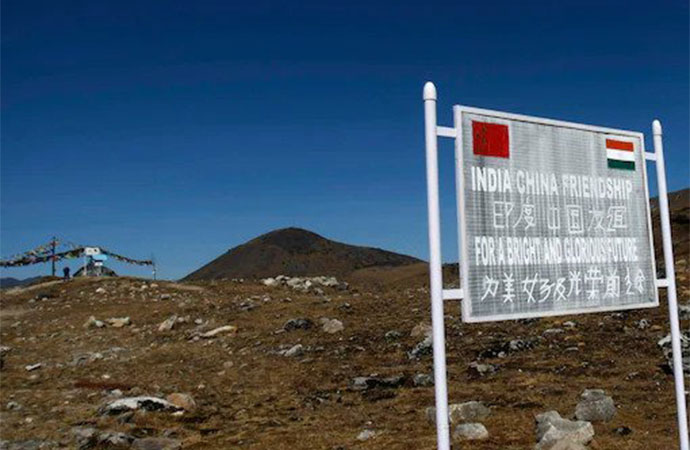 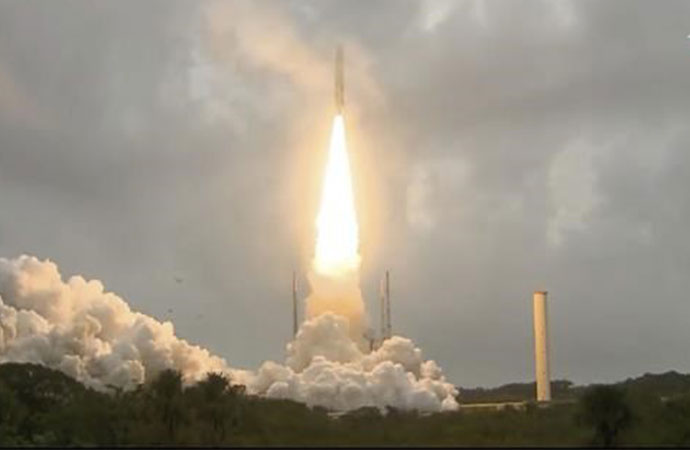 The world's largest and most powerful space telescope rocketed away Saturday on a high-stakes quest to behold light from the first stars and galaxies and scour the universe for hints of life. NASA's James Webb Space Telescope soared from French Guiana on South America's northeastern coast, riding a European Ariane rocket into the Christmas morning sky. The $10 billion observatory hurtled toward its destination 1 million miles (1.6 million kilometers) away, or more than four times beyond the moon.

It will take a month to get there and another five months before its infrared eyes are ready to start scanning the cosmos. First, the telescope's enormous mirror and sunshield need to unfurl; they were folded origami-style to fit into the rocket's nose cone. Otherwise, the observatory won't be able to peer back in time 13.7 billion years as anticipated, within a mere 100 million years of the universe-forming Big Bang.

Iran launched a rocket with a satellite carrier bearing three devices into space, authorities announced Thursday, without saying whether any of the objects had entered Earth's orbit. It was not clear when the launch happened or what devices the carrier brought with it. Iran aired footage of the blastoff against the backdrop of negotiations in Vienna to restore Tehran's tattered nuclear deal with world powers. An eighth round had been underway this week and is to resume after New Year's holidays.

Previous launches have drawn rebukes from the United States. The U.S. State Department, Space Force and the Pentagon did not immediately respond to requests for comment on the announcement from Iran. Ahmad Hosseini, a Defense Ministry spokesman, identified the rocket as a Simorgh, or "Phoenix," rocket that sent up the three devices 470 kilometers (290 miles). But hours later, Hosseini and other officials remained silent on their status, suggesting the rocket had fallen short of placing its payload into the correct orbit.

A group of 120 Rohingya Muslims disembarked from a boat that had drifted for days off Indonesia's northernmost province of Aceh and was towed by a navy ship into port. The refugees' wooden boat was reportedly leaking and had a damaged engine. Efforts to rescue its passengers, who are overwhelmingly women and children, began after Indonesia's government on Wednesday said it would allow them to dock because conditions on the boat were so severe.

The broken-down boat was towed by a navy ship early Thursday from its location about 53 miles (85 kilometers) off the coast of Bireuen, a district in Aceh, toward Krueng Geukueh seaport in neighboring Lhokseumawe, a coastal town in the North Aceh district, said navy western fleet command spokesman Col. La Ode M. Holib. High waves and bad weather hampered the rescue operation, and the navy ship was moving 5 knots (5.7 miles) per hour to keep the towed boat from capsizing, Holib said.

China announced Chinese characters, Tibetan and Roman alphabet names for 15 more places in India's northeastern state of Arunachal Pradesh, which it claims as South Tibet. China's Ministry of Civil Affairs announced on Wednesday that it had standardised in Chinese characters, Tibetan and Roman alphabet the names of 15 places in Zangnan, the Chinese name for Arunachal Pradesh, state-run Global Times reported. This is in accordance with regulations on geographical names issued by the State Council, China's cabinet, the report added.

Among the official names of the 15 places, which were given exact longitude and latitude, eight are residential places, four are mountains, two are rivers and one is a mountain pass. This is the second batch of standardised names of places in Arunachal Pradesh given by China. The first batch of the standardised names of six places was released in 2017. China's claim is firmly rejected by the Indian External Affairs Ministry which says it is an "inseparable part of India".

Justice Hasan Foez Siddique, a senior judge of the A ...