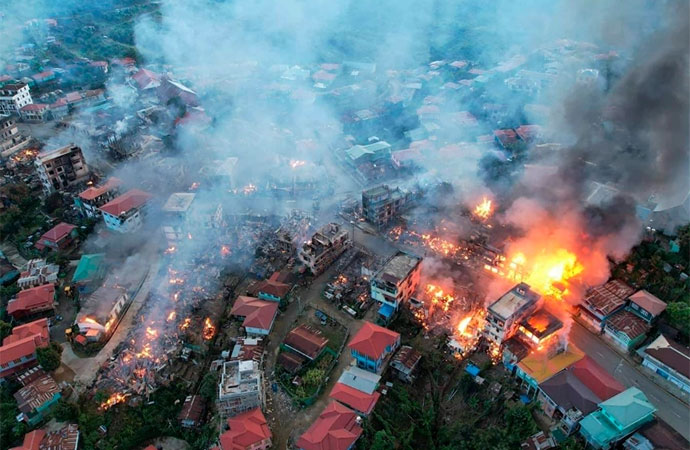 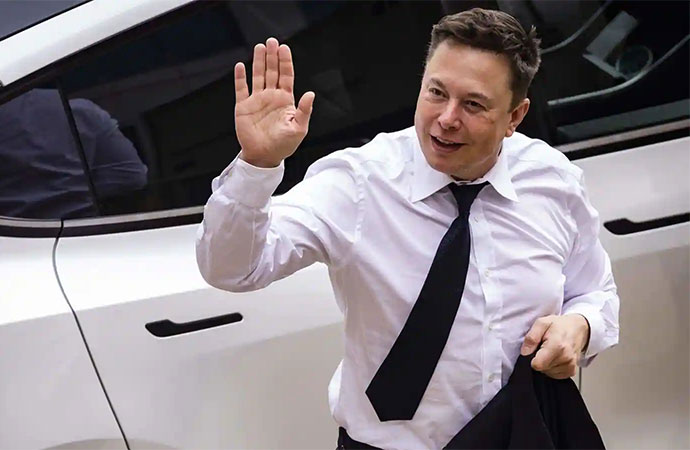 The UN security council expressed its "deep concern" about unrest in Myanmar and called for an "immediate cessation of violence" as well as efforts to ensure civilians are not harmed. Reports have emerged of clashes between junta troops and fighters from a major militant group in Rakhine state. The security council warned that "recent developments pose particular serious challenges for the voluntary, safe, dignified, and sustainable return of Rohingya refugees and internally displaced persons."

The clashes, reported by a rebel spokesman, broke a ceasefire that had kept the peace in the western region since a coup in February by the military. Myanmar has been in chaos ever since, with a brutal crackdown on dissent and increased fighting in borderlands involving ethnic armed organisations. Days after the February coup, the junta reaffirmed a commitment to a ceasefire with the Arakan Army (AA), which has fought a bloody war for autonomy for the Rakhine state's ethnic Rakhine population

The Chinese Communist Party passed a "historical resolution", cementing Xi Jinping's status in political history. The document, a summary of the party's 100-year history, addresses its key achievements and future directions. It is only the third of its kind since the founding of the party - the first was passed by Mao Zedong in 1945 and the second by Deng Xiaoping in 1981. It was passed on Thursday at the sixth plenary session, one of China's most important political meetings.

As only the third Chinese leader to have issued such a resolution, the move aims to establish Xi as an equal to party founder Mao and his successor Deng. Some observers see the resolution as Xi's latest attempt to turn back decades of decentralisation by Chinese leaders that began under Deng. It was the last major meeting of party leaders ahead of the national congress next year, where Xi is expected to seek a historic third term as president.

European Union officials accused Belarus of state-sponsored "trafficking" of human lives by luring desperate migrants to the Polish border - the edge of the EU - where many are now stuck in makeshift camps in freezing weather. As the crisis showed no sign of easing, an EU leader also said the bloc was, for the first time, considering the idea of funding the construction of a wall or some other barrier on its eastern border. That idea has always been rejected before and still faces many political and humanitarian obstacles.

Polish authorities estimate that about 3,000-4,000 migrants have gathered along its border with Belarus, with hundreds concentrated in one makeshift camp not far from the Kuznica crossing. Warsaw has bolstered security at the frontier, where it has declared a state of emergency. Polish authorities have tweeted video of migrants, some using shovels and wire cutters, trying to break through a fence on the border to enter Poland.

After making a promise on Twitter, Tesla CEO Elon Musk has sold about 4.5 million shares of the electric car maker's stock, raising over $5 billion. The sales, disclosed in 10 regulatory filings late Wednesday (Nov 10), amount to about 3% of Musk's stake in the company. About $1.1 billion will go toward paying tax obligations for stock options granted to Musk in September. Last weekend, Musk said he would sell 10% of his holdings in the company, worth more than $20 billion, based on the results of a poll he conducted on Twitter.

The sale tweets caused a sell off of the stock, but it recovered some on Wednesday. The shares were up 2.6% to $1,096 in extended trading Wednesday, and they have risen more than 50% this year. Musk was Tesla's largest shareholder as of June, owning about 17% of the company. He's the wealthiest person in the world, with a net worth of around $282 billion, most of it in Tesla stock.

Six people were killed and 18 were injured in separa ...