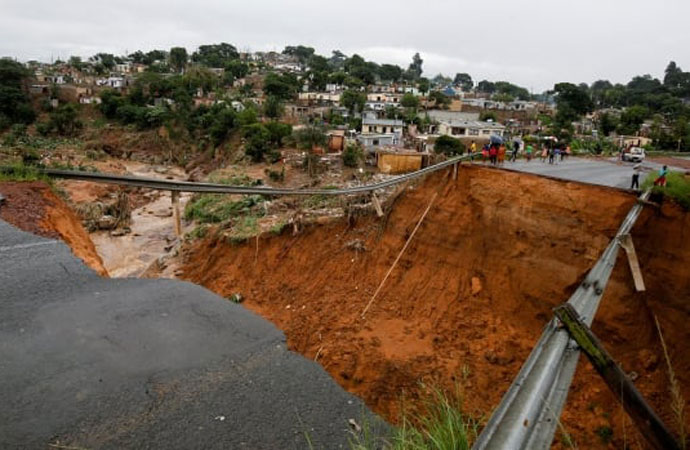 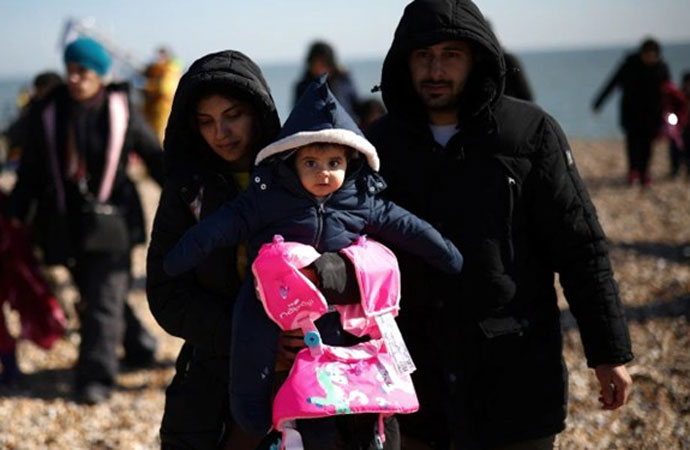 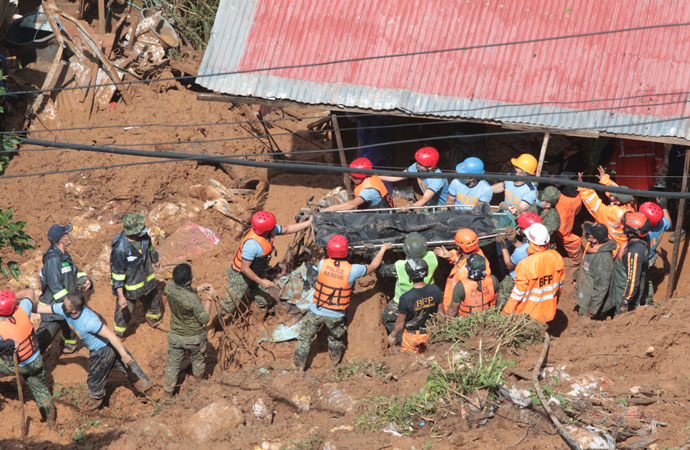 Flooding in South Africa's Durban area has taken at least 259 lives and is a "catastrophe of enormous proportions," President Cyril Ramaphosa said, visiting flooded areas of Durban and the surrounding eThekwini metropolitan area. The death toll is expected to continue rising as search and rescue operations continue in KwaZulu-Natal province, officials said. The province is about to be declared a disaster area by the national government, said Ramaphosa.

Residents have had to flee their homes as they were swept away, buildings collapsed and road infrastructure severely damaged. Durban port was flooded and shipping containers were swept away into a jumbled heap. Authorities were also seeking to restore electricity to large parts of the province after heavy flooding at various power stations. Rescue efforts by the South African National Defence Force were delayed as the military's air wing was also affected by the floods, Gen. Rudzani Maphwanya said. The military was able to deploy personnel and helicopters around the province on April 13.

People seeking asylum in the UK will be flown 4,500 miles to Rwanda as part of a government crackdown on unauthorised migrants to be announced by Boris Johnson. The prime minister is expected to announce a range of measures including putting the navy in charge of Channel operations from Friday (Apr. 15) and a new reception centre to hold people attempting to enter the UK to aid ending the practice of housing asylum seekers in hotels.

Priti Patel, the home secretary, travelled to the central African country on Wednesday after finalising a "migration and economic development partnership". The initiative comes as Johnson prepares to disclose further plans on Thursday to break up the business model of people-smuggling gangs and increase UK operations in the Channel. The United Nations refugee agency, the UNHCR, said it was waiting to see the bilateral agreement, but expressed concern over the plans to send asylum seekers abroad.

The year 2021 was the deadliest in U.S. history, and new data and research are offering more insights into how it got that bad. The main reason for the increase in deaths was COVID-19, said Robert Anderson, who oversees the Centres for Disease Control and Prevention's work on death statistics. The agency this month quietly updated its provisional death tally. It showed there were 3.465 million deaths last year, or about 80,000 more than 2020′s record-setting total.

The coronavirus is not solely to blame. Preliminary CDC data also shows the crude death rate for cancer rose slightly, and rates continued to increase for diabetes, chronic liver disease and stroke. COVID-19 deaths rose in 2021 - to more than 415,000, up from 351,000 the year before - as new coronavirus variants emerged and an unexpectedly large numbers of Americans refused to get vaccinated or were hesitant to wear masks, experts said.

The death toll from landslides and floods in the Philippines rose to 123 on Wednesday with scores missing and feared dead, officials said, as rescuers dug up more bodies with bare hands and backhoes in crushed villages. Most of the deaths from tropical storm Megi - the strongest to hit the archipelago this year - were in the central province of Leyte, where a series of landslides devastated communities. The tropical storm made landfall on Sunday with sustained winds of up to 65kph and gusts of up to 80kph.

Eighty six of the casualties were in Baybay, a mountainous area in the province, where 236 people were also injured, the city government said in a report. Waves of sodden soil had smashed into farming settlements in Baybay city. Twenty-six people died and about 150 were missing in the coastal village of Pilar, which is part of Abuyog municipality, after a torrent of mud and earth on Tuesday pushed houses into the sea and buried most of the settlement, authorities said.

There’s still a way to reach global goal on climate ...