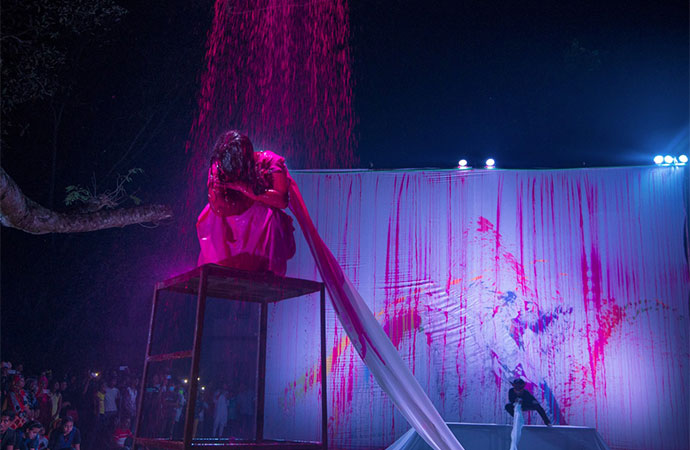 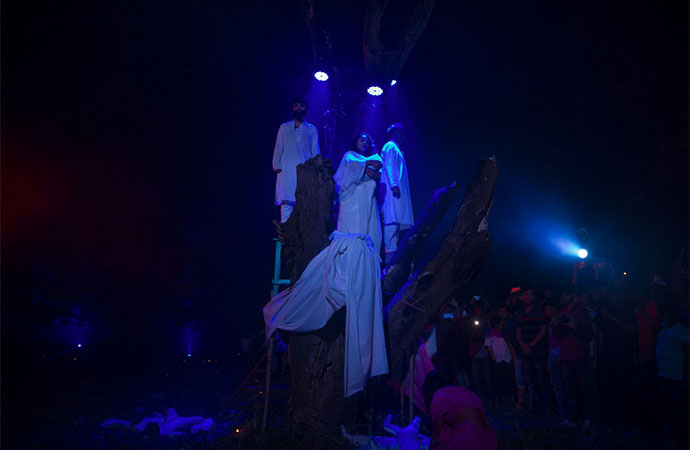 Marking the occasions of the Golden Jubilee of Independence and the Birth Centenary of the Father of the Nation Bangabandhu Sheikh Mujibur Rahman, Bangladesh Shilpakala Academy (BSA) premiered 'Gonohotta Poribesh Theatre' (Genocide Environment Theatre) festival on Friday in 64 districts.

The theatrical productions, managed by the District Shilpakala Academy in each district, are being executed with the cooperation of prominent writers, directors, and performers from throughout the nation. The festival is planned and supervised by BSA DG Liaquat Ali Lucky.