The growth rate of Bangladesh’s population 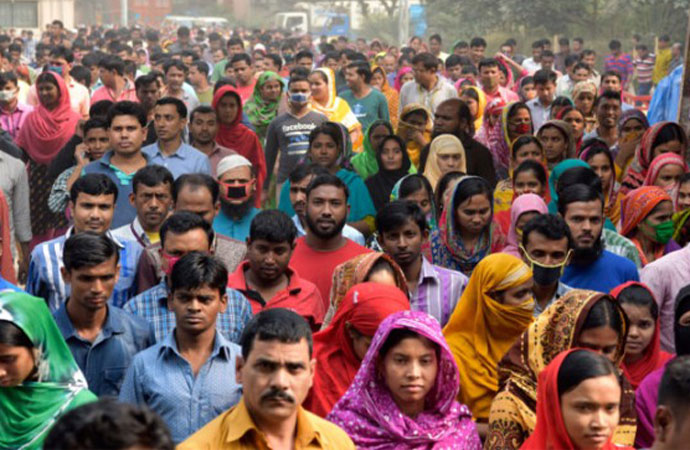 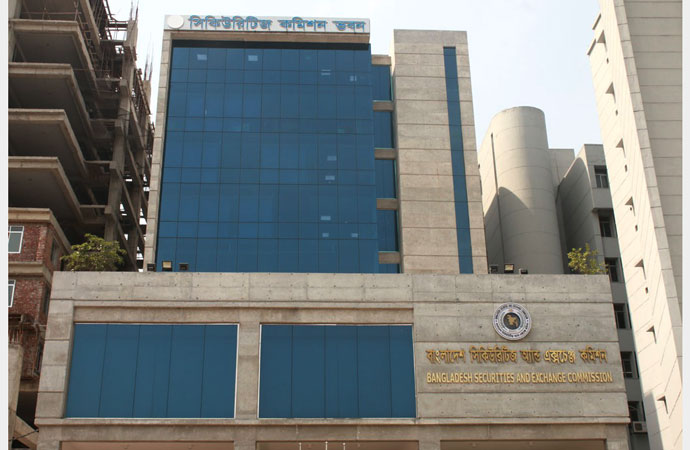 The growth rate of Bangladesh's population has declined once again, according to primary data from the latest census that puts the current population of the country at 165,158,616. The Population and Housing Census 2022 was revealed at an event at Bangabandhu International Conference Centre in Dhaka this week. In keeping with each census held since independence, the growth rate of the population came down once again, to 1.22% in 2022 (1.34% in 2011).

Divisionally, the growth rate is highest in Dhaka at 1.74% and Barisal the lowest at 0.79%. Dhaka South is the most densely populated municipality in the country, fitting in 39,353 people per square kilometre. Also notable from the initial data is the continued growth in Muslims' share of the population, at the same time as each religious minority's share declined. And women for the first time outnumber men in Bangladesh - with the census counting 81,712,824 males and 83,347,206 females.

The International Crimes Tribunal-1 sentenced six individuals to death for murder, genocide and other crimes against humanity committed during the 1971 Liberation War in different areas of the then Batiyaghata thana in Khulna district. The three-member tribunal led by Justice Md Shahinur Islam delivered the verdict. The two other members are Justice Abu Ahmed Jomadar and Justice KM Hafijul Alam.

The convicts are Amjad Hossain Howlader, Shahar Ali Sardar, Atiar Rahman Sheikh, Motasin Billah, Kamal Uddin Goldar, and Nazrul Islam. All except Nazrul, who remains absconding, heard the verdict from the dock. Seven suspects were named in the case and six were arrested. One of them, Mozahar Ali Sheikh, died before the indictment. The court then took cognisance of charges against six suspects. They were charged on four counts of crimes against humanity. The tribunal delivered the verdict after examining sixteen prosecution witnesses.

Bangladesh Bank was forced to allow resumption of services at three major branches of state-owned Janata Bank on Wednesday (Jul.27), reportedly due to pressure from an influential quarter just one day after closing down the bank's foreign loan operations, on charges of irregularities and corruption. The three branches are the Janata Bhaban Corporate Branch, their Local Office branch in Dhaka and Sadharan Bima Bhaban Corporate branch in Chattogram.

The branches are reported to have the most powerful and influential clients in the bank's portfolio. Almost half of the bank's loans of Tk 770 billion were disbursed from these three branches. One of the major reasons behind Bangladesh Bank's decision to stop foreign loans in the three branches mentioned was that some 84 percent of the new loans of Tk 102.8 billion from January to May had been created from the Export Development Fund, that is funded from the country's foreign exchange reserves.

The securities regulator imposed price floors for individual securities once again, to stop the market from going further down as the key index hit a 14-month low at 5,980 on Thursday (Jul. 28). The average of Thursday's closing price and the preceding four sessions would be the floor price of individual scrips, the Bangladesh Securities and Exchange Commission announced. That means no scrip can be traded below the floor price. However, the post record date adjustments might lower the price floor.

For a newly listed security, the closing price of the first session would be the floor price, said BSEC. Earlier, the regulator had imposed a similar floor pricing mechanism in late March 2020 while the DSEX, the broad-based index of the Dhaka Stock Exchange (DSE) was on freefall amid the pandemic fear. Fourteen months later, in June 2021, it withdrew the floor as the market index shot up over the 5,500-mark.

The way it’s shaping up, who wants Election ‘23?

The US Federal Reserve raised its benchmark interest ...