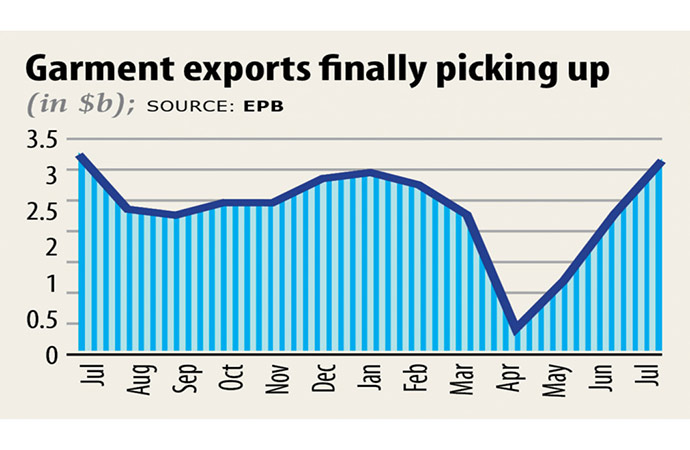 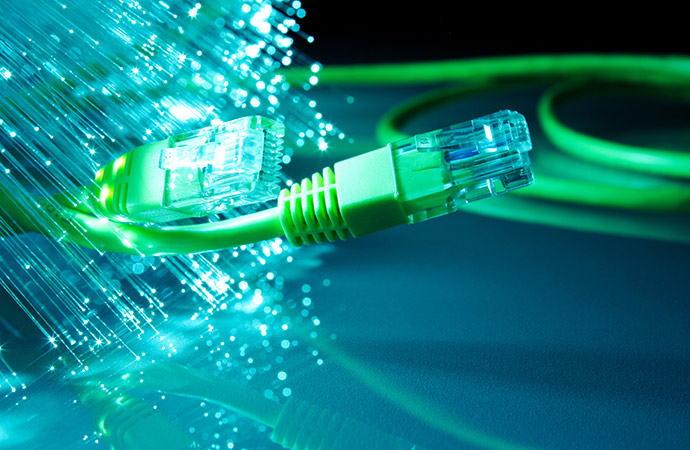 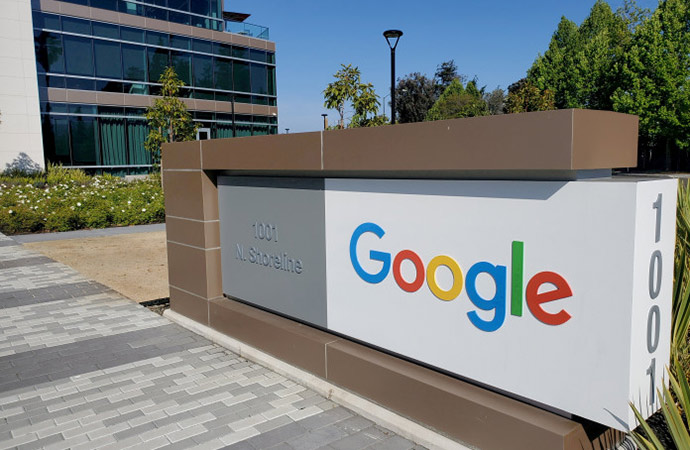 Bangladesh's exports in July 2021 declined by 11.2 percent year-on-year due to decreased shipment of readymade garment products amid the Covid restrictions. The export earnings in the first month of the current fiscal (2021-22) fell by $437.49 million to $3.47 billion year-on-year from $3.91 billion in the same month of 2020, according to the Export Promotion Bureau data released this week.

Exporters said the negative growth was due to decreased shipment from July 20 to July 31 as factories were closed during the period due to Eid and restrictions enforced by the government to contain Covid outbreak. Export-oriented industries, including the RMG, reopened on August 1. Exporters hoped that the gap would be covered in the next months as global buyers increased their orders amid the improving situation of the pandemic. Export earnings from the RMG sector in July 2021 decreased by 11.02 per cent to $2.88 billion from $3.24 billion in the same month of 2020.

The number of broadband and mobile phone-based internet connections in the 2020-21 fiscal increased by 1.75 crore (17.5 million), more than twice the increase seen in the previous year, amid people's growing dependence on online services after the Covid outbreak. According to Bangladesh Telecommunication Regulatory Commission data, the number of internet connections in the country reached 12.1 crore at the end of June 2021 from 10.35 crore at the end of June 2020.

Global tech giant Google has paid Tk 2.30 crore as value-added tax (VAT) directly to the National Board of Revenue. It has paid Tk 55.77 lakh for the month of May and Tk 1.74 crore for June, said SM Humayun Kabir, commissioner of VAT Commissionerate, Dhaka South. In the past, banks used to deduct VAT during payment by service recipients to Google. Now Google is depositing the indirect tax to state coffer separately, Kabir said.

The American multinational company got VAT registration from the revenue authority in the middle of May this year, ending a two-year stalemate over the issue. In July 2019, the NBR slapped conditions for tech giants to either set up offices in Bangladesh or appoint agents such that the government can collect VAT on the advertisements and other services provided by them to local firms. They were also not interested to pay the indirect tax or VAT to the NBR through agents or share data on sales containing information about customers on the ground of privacy breaches and security risks.

Members of Rapid Action Battalion detained film actress Pori Moni following a raid at her residence in Dhaka's Banani. She was taken to Rab headquarters. Huge quantities of narcotics and alcohol including Ice, LSD and foreign liquor were allegedly recovered from her house during the drive, Lt Col Khairul Islam, director of Rab's intelligence wing said.

Earlier, Khandaker Al Moin, Rab's legal and media wing director, said they were conducting the raid based on specific allegations. Pori Moni has been in the news after she filed a case against five persons, including Nasir U Mahmud, former president of Uttara Club Limited, over attempted rape and murder at Dhaka Boat Club on June 9. Two accused in the case -- Nasir and Tuhin Siddiqui Omi -- were arrested along with three others from Uttara on June 14. Nasir and Omi were later granted bail.

Israel on Thursday escalated its response to rocket ...