Media and Shahed:  A mess born out of intimacy 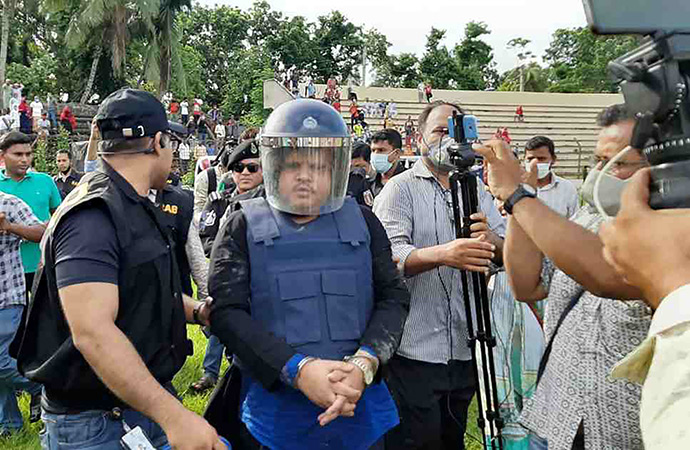 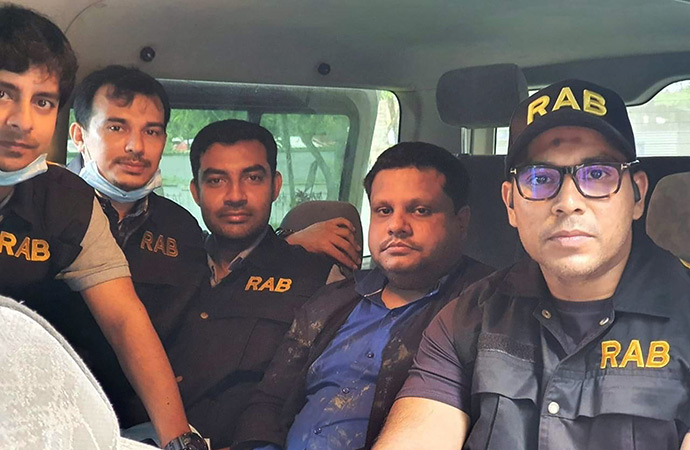 As per RAB, Shahed is a fraudster, a professional scam artist and more. Reports say he was into many kinds of such activities including having people run down and then the injured person taken to his hospital and charged heavily. He was accused in 30+ cases and heaven knows how many more sordid affairs and sleaze hung onto him.

He had his pics with everyone taken and may even have used them to given an impression of being a biggie but it's odd that no one stumbled upon such a rogue as described by the Government law enforcers now. It would seem that Shahed had managed to get involved with all kinds of scams and activities though to be honest they are not exactly in the grand scale.

That has given rise to speculation that he may be a fall guy. He is not big enough to hurt any major business empire but not small enough to be ignored and his corruption and criminal practices are linked to the most sensitive issue today, the corona epidemic.

His arrest has however caused as much mirth as cheering. The way the arrest took place, the pistol still with him after arrest, various reports on the circumstances leading up to it, etc have now made the arrest a little less credible. Many think it was staged and confirms he still has friends in high places.

Media is the real loser

However, it's not Shahed who is the real loser because his kind never lose but media whose reputation is sullied and who look like accomplices now in the public eye through association. Such nastiness usually happens when there is a regime change and the overthrown groups media pals are roasted and trashed. But in this case, this is not so. The regime is fine and doing their bit with confidence but suddenly many of the media stars are not looking good.

Going by social media comment, they seem to appear in the public eye as some sort of accomplices because it was always on talk shows. TV media looks really bad because he is seen with the best lot of them and many are questioning as to how media could have invited such people as guests to talk to the audience when he had such a smelly reputation.

We don't know how many times he appeared on TV as the CEO of Regent but almost every time he did so was as a representative of the ruling party. The same question can therefore be asked of them as well. Didn't they know? Didn't they know not just of his economic crimes but that he was on media representing the party though the party is now saying he is no one of the party.

Media too close to politicians

It has actually put the party structure of the most powerful ruling party ever of Bangladesh under question. Does it supervise who is using their brand or not? After all, the damage caused to the AL reputation is there. It's not as bad as when the casino operators were caught or the Chatro League leaders were caught but it isn't making AL look very sharp and smart about taking care of its image. Confidence is one thing but overconfidence?

Obviously Shahed managed to convince media leaders that he was a ruling party bigwig. Why AL allowed him to pretend and get away like this remains a question. It's also obvious that media leaders and houses thought him to be so and behaved with him that way. The faces of those which are now going around in social media also belong to those mostly who are considered closer to the ruling party than distant.

The pics are all of social occasions and the scenes show a jovial group of people having fun at parties and gatherings where other biggies are also seen. And just about everyone can be seen. One such person seen shaking hands is no less than the President of Bangladesh. Shahed was obviously invited and so if he can be invited to meet the President, media leaders should be forgiven for behaving like high school kids and of their own kind at garden parties and meets over tea and snacks.

He was their friend and the distance between ruling party-proximate media and those considered close to the ruling party like Shahed are expected to be good friends. All was fine except that an axe of sorts landed on his neck and media leaders are now holding that head and looking not so smart.

Media in Bangladesh is too close to ruling and opposition parties. They act as auxiliary forces of one group or another and that is where the problem lies. If media doesn't keep a distance between themselves and politicians, good or bad- the chances of a repeat with another Shahed is inevitable.

1.
Media and Shahed:  A mess born out of intimacy
2.
Shahed: Big enough to deserve so much attention?
3.
Random portraits of a city in August: The good, bad and the crazy
4.
Sin City Notes: Corona class wars, Papiya and Shahed

What nature giveth, and taketh away

The Power Grid Company of Bangladesh (PGCB) has formed a 5-member inqu ...

The firing on the Myanmar side of the Bangladesh-Myanmar border starte ...