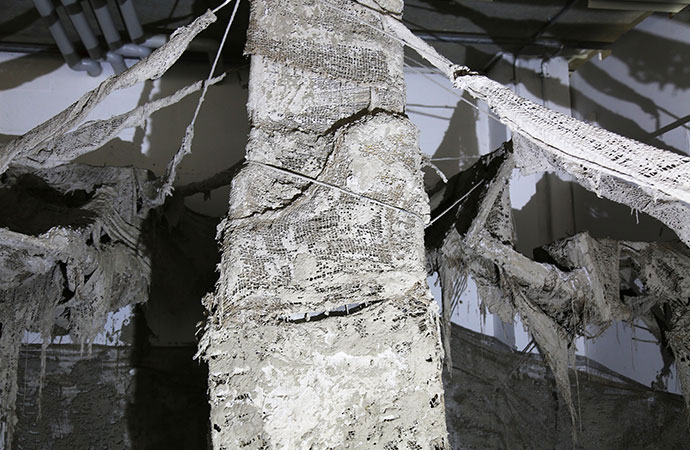 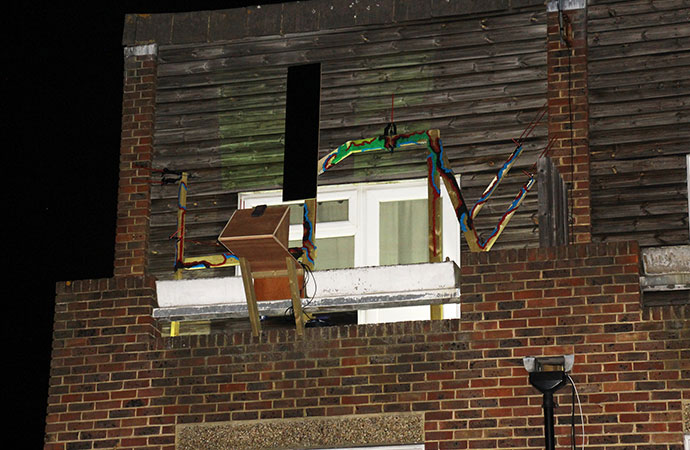 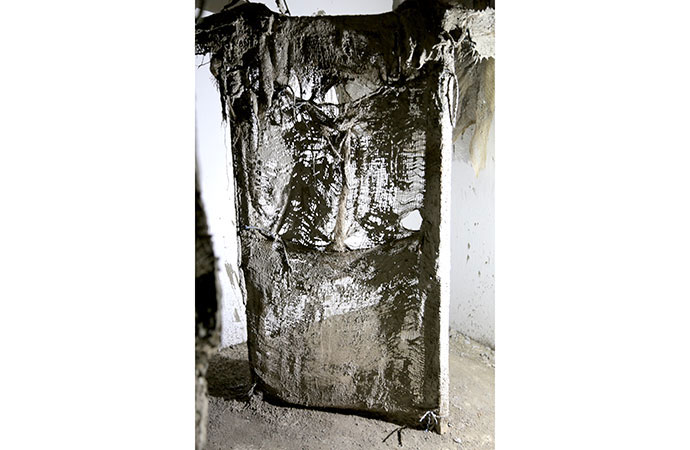 Art enriches and expands our soul, while developing the aesthetic sense. It also develops our cultural and social consciousness. Revolutionary changes in cultural, social, political and economic structures are always happening, and artistic practices help a creative mind grow sensitive to these changes.

Furthermore, art helps the sensitive soul to channel such sensibilities into the wider mass, and in turn evoke their sensibilities.

Evolution occurs from such kind of processes. And from the ancient to contemporary times, lots of movements have taken place in the art and cultural milieu in response to the tides of history. By helping enhance our cultural, religious, social, political and geographical status, art directs us towards a civilisation based on a prosperous amalgamation of all these values.

Opper Zaman wishes to help build such an amalgamation using installation art - a genre under post-modern movement. Through installation he strives to explore and express the much-contested idea of "being." He attempts to frame the actual state of being as opposed to its believed or imagined state in people's minds.

His installation "I don't want it to be a god" uses features like reinforcement and construction to express the idea of "rumours" - a phenomenon wavering between actual reality and people's perceived reality.

As always, Opper uses non-living figures in this series and highlights the stark social implications of rumours.

The installation includes several wooden structures shaped according to different sites and wrapped in sacks with concrete on top. All the different structures are interconnected through ropes. It is an attempt to hold the essence of a connected fragile buildup, much like rumour.

It could also point to a system that stands erected, as the manipulated realities created by rumours do, but draws strength through mutual dependence, again resembling rumours that depends on sharing of thoughts among a connected group.

Use of concrete employs the idea of reinforcement. As rumour gains its validity and strength overtime, concrete also gets strong overtime.

The subjects of Zaman's works typically involve the society and its inherent values that people have to adopt in order to live in it. His attempt seems to be to magnify the gaps that exist between such practices and practical necessities, and to urge people from different cultures to bridge the gaps.

Artists express their emotions, feelings and yearning through some selected subjects, mediums and styles. As a subject, artists chose humanity during the Renaissance, and it has been a force of empathy and passion among artists ever since.

Like most humanistic artists, Zaman also strives to uphold the inner feelings of every individual.

Though Zaman's main endeavour is to tell people how he perceives their experiences and thought processes, his works clearly also have a didactic tone.

Artists are always searching for new themes and novel techniques to express their ideas. This is a continuous process and all the art movements started in search of a novel approach.

In keeping with this trend, Zaman works with a wide range of unconventional objects to build his narrative. He does not prefer too much colour, however, as most of his works involve the more controversial aspects of our lives. His prime focus seems to be space.

For the "I don't want it to be a god" artwork, Zaman first explored joinery techniques. Finding it unsuitable for the aesthetic requirements, he switched to papier mché and concrete. So, he included a host of materials like cement, ballast, sand and water.

Opper Zaman's artistic journey began in a workshop at Shunno Art Space in Dhaka, where he did a number of etching and aquatint prints. He has done semi-abstract and figurative works, as well. This was his learning process and he successfully gathered many ins and outs from the workshop. This workshop helped him to work with other materials and he gradually started experimenting with his subjects and materials.

As time move on, Zaman grew to become a multi-disciplinary artist. He now lives and works in London and Dhaka, and completed Bachelor of Arts at the University of Hertfordshire. He has just finished his MA from Royal College of Art, London.