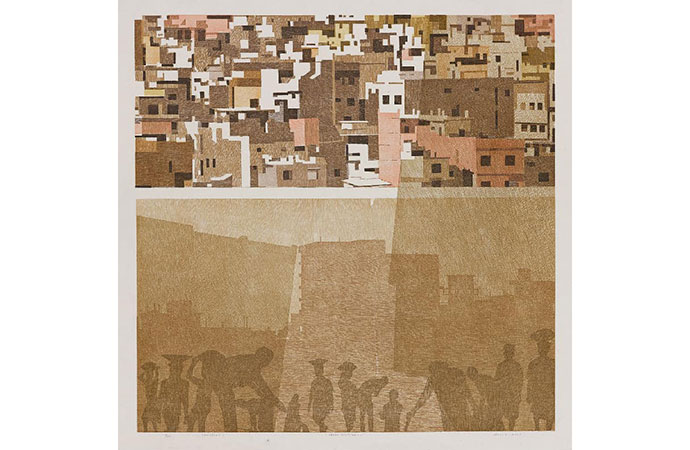 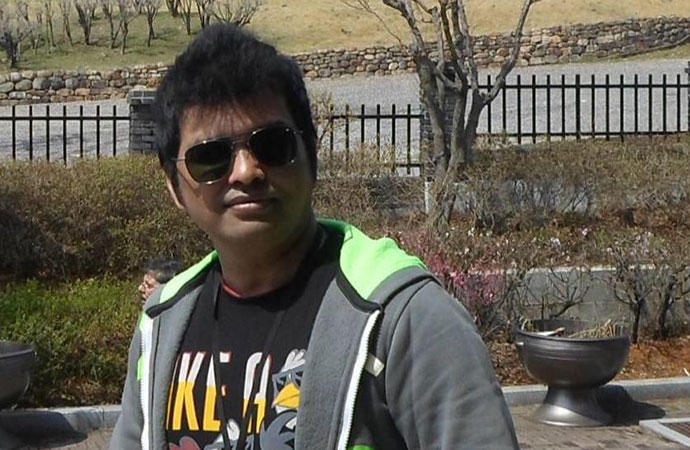 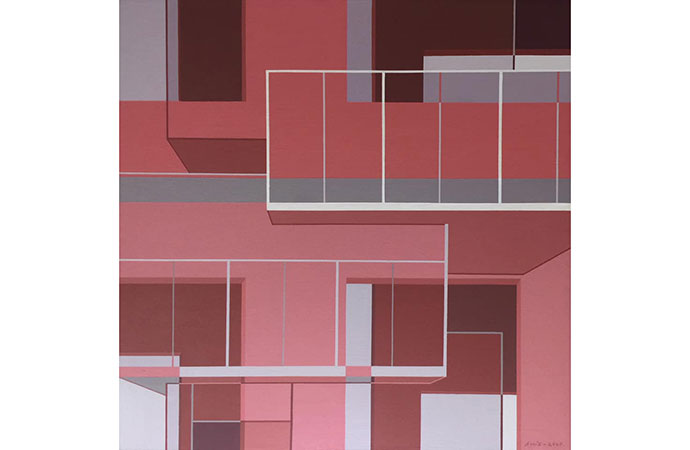 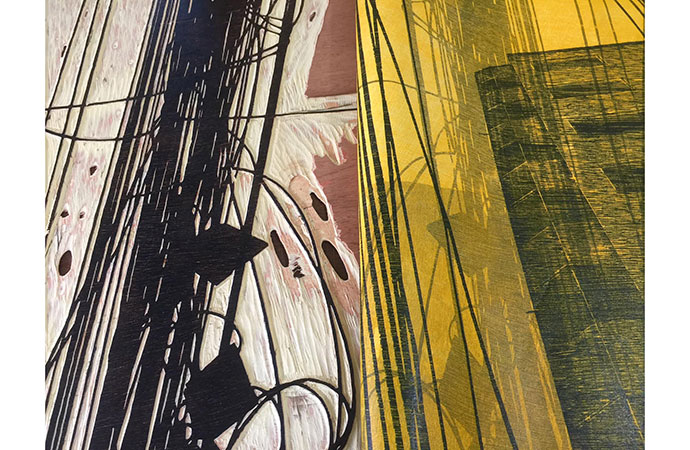 Woodcut printmaking is arduous, exhilarating and thought-provoking. It offers tremendous outcome with an opportunity for rethinking, reexamining and reworking. In the sub-continent, the practice of printmaking received vast popularity when the Kala Bhavan was established by the Tagore family in the beginning of the 19th century. The family previously established "Bichitra Club", where new styles and techniques of printmaking were explored. In our country, the medium (Woodcut) had been introduced by the hands of Safiuddin Ahmed, Quamrul Hassan, Rafiqun Nabi and Abdus Satter. But the medium did not get adequate response for various reasons. After receiving higher education from Tama Art University in Japan, Anisuzzman returned home and started to work extensively with the medium and has successfully created a distinct hallmark which is continuing to encourage students of the Faculty of Fine Arts, University of Dhaka.

Anisuzzaman has now become one of the significant woodcut printmakers in our country and his work zooms in on urban architecture, construction of human accommodation, urban constructions, and a city's structural design. His prints are closely related to geometrical and structural elements where one can easily sense his passion for the language of architecture. It has also been closely observed that the printmaker unintentionally focuses on the sights of our surroundings which are unnoticed and somehow ignored by the city dwellers. He has his own perception and thinking process to view the capital city. He also keeps his eyes on a city's socio-economic and political conditions which are very much connected to his works and it can be easily said his prints are truly the reflection of the society. To the city's civil construction he gives impression of composition of lines, open spaces and quiet colours.

The method driven printmaker feels that the city is enlarging day by day and modern architecture is a very indivisible aspect in the capital. As a socially aware printmaker, Anisuzzaman muses most of the time for welfare of the beloved city. He feels lack of planning is the main bar for shaping proper urbanization. The power, gas and water crises as well as sewerage problem in the city are some of the biggest problems. As an urban dweller, the magnificence of modern architecture always boosts him. Light and shade superbly play into his prints and he carefully keeps a balance between line and composition. His prints are technique oriented and have a great touch of aestheticism.

However, Anisuzzaman's woodcut prints are not exclusively architectural; they are also concerned with economic and social issues. As the growth of urban population and according to their essential accommodation, condensed and unplanned buildings make the city a chaos and clutter look. The artist has precisely portrayed density structures and rapid house building system. In his prints, urban design has been linked to architecture by focusing on the physical form of the city. His works are immersed with varied vertical, horizontal and diagonal lines. His capability to simplify the complex cityscapes into the splendour of minimal lines, forms and subdued colours is praiseworthy.

Anisuzzaman is a perfectionist by nature. His prints look neat and clean, and always avoid ornamentation. His prints are fresh, extraordinary and provide the spectators a sense of pure bliss and joy. His compositions are lively and have the right kind of restraint. He knows where to stop. For technical aspect, Anisuzzaman has a great fascination for oil based woodcut. When he was staying in Japan, he experimented with the medium for a prolonged period. During the time, he learned how light and shade can give a dramatic effect on prints. Woodcut prints is about technique as much as about imagination, sometimes more about technique. Anisuzzaman has also done a number of prints with water based woodcut in different periods in his career. He has constantly used multiblock in his prints and the technique gives him a liberty to add dimension to his works. Through the technique of multiblock, the artist also gets a chance for true experimentation. It also gives a visual and aesthetic effect to his prints where one can take a physical picture of a city. He always celebrates in monochromatic colour.

Woodcuts plates made by carving marks in blocks of long grained plywood which has been done by Anisuzzaman with his adroit hands. The printmaker generally selects such kind of plywood which has lots of fiber. Fiber helps him to create adequate patterns of texture. For producing texture and uneven surface, he has used steel brush on plywood. U shape tool also helps to trim the fiber for shaping lines. The tool most characteristically employed to make woodcuts are carving gouges of various shapes and sizes along with various chisels and knives. He has used a wide varieties and qualities of tools.

Many of Anis' prints demonstrate building under construction -- with bamboo, iron rods and steel plates giving it a bare look. The image refers to the constant construction going on in the big city. Some of his images mingle several heterogeneous elements like abandoned wood, small iron pieces, steel containers and broken bricks. Anis meticulously presents these elements in a controlled manner where one can trace an aesthetic vision. Many of his prints demonstrate loads of delicate vertical, horizontal and diagonal lines -- lines that are pure in their straight linear extensions, expressing rhythmic notes. The lines create a calm ambiance, and the tonal effects give it a distinct look. Several of his images denote an unfinished structure where rods, bamboo and wooden chunks are clearly seen; some pillars and walls form a synchronisation. The uneven rods and flat woods are other impressive aspects of these pieces.

For higher studies, Anisuzzaman went to Rabindra Bharati University, India and afterwards Tama Art University, Japan. The comprehensive studies enriched his style, ideas and innovations. The artist revisited his student days at Rabindra Bharati University in India. During that time, the artist focused on the Liberation War particularly tortured women and their sufferings, which came to his works vividly. Besides the topic, he portrayed many owls symbolically. During that period, fundamentalist movement started in our country ominously. He felt that such activities would dent our spirit and strength. He grew up in a liberal family and he was very confused over the situation. He started to portray many symbolic paintings which made him a little bit relaxed and he received high acclaim for the series.

After returning from India, Anisuzzaman joined the Institute of Fine Arts (now Faculty of Fine Arts, University of Dhaka) as a lecturer in 2001. That time he lived in a rented house in Indira Road. During the time, Bashundhara City Shopping Complex was going under construction. On his way to the institute, every single time he was amazed by the architectural view of the building. He took some snaps and drew many images on the mega architecture. He extremely liked the horizontal and vertical structures of the building.

Over the course of time, Anisuzzaman has been firmly experimenting with lines, forms, spaces, textures, tones and overall shapes and designs. He has gradually turned towards minimalism and has established this as an individual characteristic. This trait enables him to symbolically project our social and political dilemmas.

Tribute to a Great Indian Voice

Only proper enforcement and awareness of the law can ...