Why the budget doesn’t matter 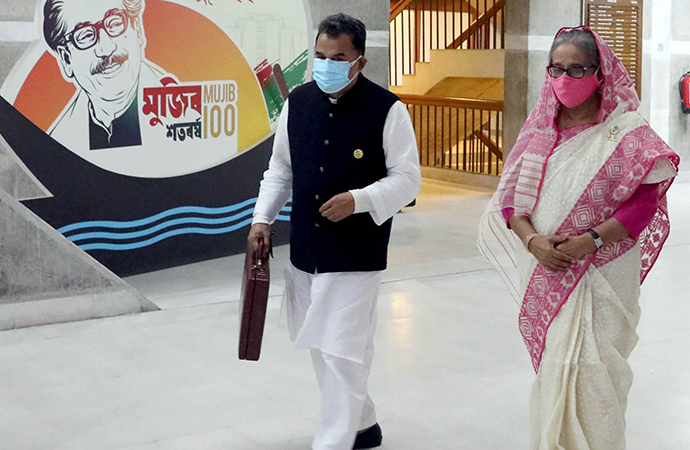 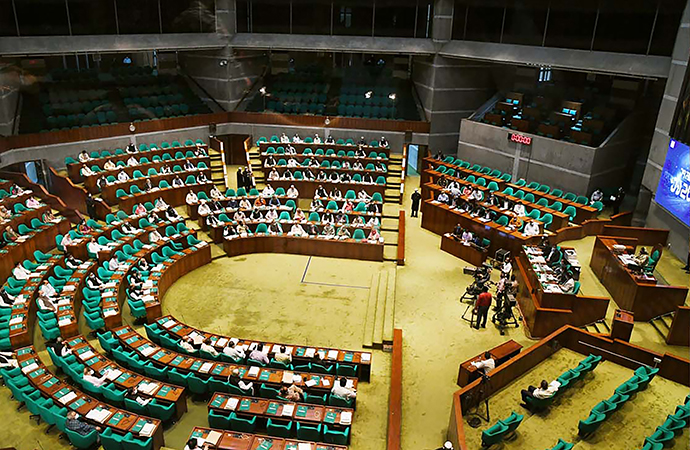 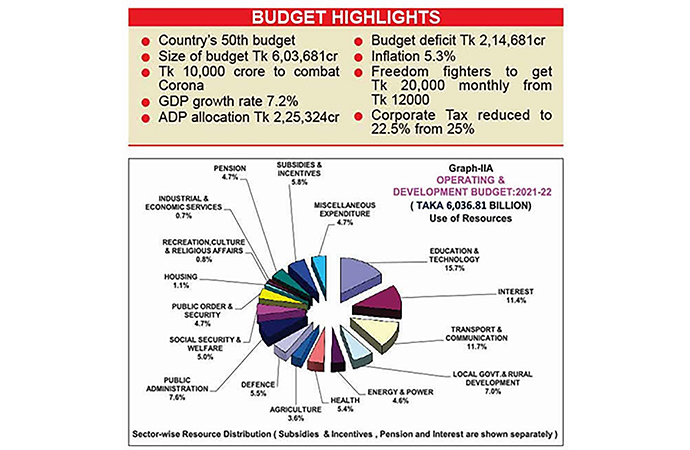 Here is the big secret about the Budget that no one is telling you about: it doesn't matter. That's right. The 'budget', a clever word slipped in to humanise the work of insecure governments, faceless bureaucrats, and other nameless actors of state. No, families live by budgets. Folks on the margins, they know what it means to budget. The all-powerful state, well they mostly ride roughshod over anything pretending to be a budget, as and when it suits them.

At times autocratic, often out of touch, almost always duplicitous. Oh and one more thing: all these big numbers you're trying to make sense of, maybe just get a feel for (any DC readers know what a hajar-koti in the bank feels like? Tell us about it!), you know by morning you always forget. But take it from us, you need not regret. None of the numbers matter, and they're not worth the paper they're written on.

One day of parliamentary democracy dedicated to the presentation and scrutiny of this seriously flawed document, officially proposed for passage in parliament as the Finance Bill (Year), analysing into oblivion every item (the line ministries' allocations) billed and poring over the words of the finance minister's speech for 'enhanced context' (if only!). And of course, all of the usual suspects in the grand bargain to forever undermine the nation's humblest aspirations - goddamnit, just to own the space where I'm standing - they all get trotted out in their best hair and make up. Reliably they'll parrot the same old talking points, inject a hint of tension. Don't worry, no one is here to rock this boat - this you can take to the bank.

But was it always thus? And why tell you this now, here in 2021? And let's be clear - it's not like we never got embroiled in the enterprise. But even if it took us a while to get there, once you've seen through the façade, you can never unsee it, can you? A.H.M Mostafa Kamal, honourable finance minister, follows in the footsteps of names that Bangladeshis will remember as more than partisan figures. The post of finance minister has always carried a weight all its own in the context of Bangladesh, born as it was into arguably the most adverse conditions of any nation, that went on to gain a state to call its own, for better or for worse. Invariably called on to engage with haughty donors, globally renowned thinkers on poverty and other life-and-death matters, there is always the expectation that for the post of the government's effective treasurer, Bangladesh would always put its best foot forward.

I'd rather not go through them all, but even in my own lifetime, I have seen men of the calibre and reputation, of a certain standing among peers, that makes the succession from M Syeduzzaman under Ershad, to Saifur Rahman for the BNP, then SAMS Kibria for AL before Saifur Rahman again for the BNP, and then ten years of A.M.A Muhith, a founding member of Gono Forum, serving two AL governments in the second great office of state. This is a line of succession that makes sense.

If there is one common thread running through these individuals, I would look beyond superior education or even the reputation of excellence and accomplishment that each carried from their previous lines of work - whether in academia, the private sector, or even in service to the government. To me what matters more is that you could never describe any of them as 'party men'. Each could stand apart from his party, and still carry his own weight. Whether in AL, BNP, or JP - they were not men expected to dance to the beat of their party's drum.

I beseech you to discount, if indeed one must, the second half of Muhith's second tenure under Sheikh Hasina. By then, the complete embodiment of the state in a single person, old age, and a much younger, much more ambitious gunner for his post, relentlessly breathing down his neck from the ministry next door (really quite literally, if you look back on some of the incidents in 2017-18), whose supplemental record as an 'AL financier' and deep ties wrought in loyalty to the most important figures in the party, would have left Muhith quite haggard. In the end, at least he was allowed to lend the impression of having left on his own terms, before the next government was formed in early 2019. Some touted a return to government for Dr Atiur Rahman- but to anyone keeping up, the elevation of Mostafa Kamal was a foregone conclusion.

Since then he has delivered three budgets, nowhere near the double-figures men hailing from Sylhet. But record-sized budgets as economies grow are hardly any achievement. They tend to be inevitable. What is the vision Mustafa Kamal brings to the most vital ministerial post in the country, from where he controls the most important levers in setting its trajectory? For a 'younger' man brimming with 'new ideas', or so he himself said, the ex-treasurer of the ruling party has offered almost nothing of note so far. I'm willing to be reminded.

And no, it shouldn't take a full five years, or five budgets. A vision, if you have one, can be defined in a single sentence. Plant the seed in a single budget, and see how it carries along the ones down the road. That's what Muhith did, in fact. His very first budget for AL, or perhaps second due to the first coming after just 6 months, drew the classic charge of being 'overambitious', and 'unrealistic'. He may have come prepared, maybe not, but he said something to the effect that he preferred 'overambition' to what could be 'under-ambition', and stated his belief in expansionary budgets. Combine that with the blank he drew on the capital market crash of 2010, and unabashed preference for 'Big Government', and you would end up pretty close to approximating the state-led capitalism that became pretty much the only game in town, by the time Muhith would leave the govt in late-2018.

The government on Thursday unveiled a Tk 603,681 crore-national budget for 2021-22 fiscal to get the economy going in spite of the crippling Covid-19 pandemic with a strong focus on vaccinating the population and shoring up their jobs.

A bold target has been set to achieve 7.2 percent growth in GDP, as Finance Minister AHM Mustafa Kamal presented the budget proposals in Parliament, with deficit totalling Tk 214,618 crore, which is 6.2 per cent of GDP.

The size of the budget themed "Bangladesh towards a resilient future protecting lives and livelihoods" is 17.5 percent of the GDP. Kamal said that the growth rate for 2021-2022 has been fixed at 7.2 percent (target) remaining consistent with the government's long-term plan and taking the post-Covid recovery situation into account. "It is expected that the inflation rate will be 5.3 percent during the period."

Total allocation for operating and other expenditures has been set at Tk 378,357 crore, while the allocation for the annual development program is Tk 225,324 crore.

"In the national budget, we usually formulate development plans in a coordinated manner by combining short, medium and long term action plans. However, due to the COVID-19 pandemic, we do not have all kinds of data in front of us for this year," he said. He also mentioned that Bangladesh, under the visionary leadership of Prime Minister Sheikh Hasina, is moving ahead on the path of faster economic transition than other nations by overcoming the initial impact of COVID-19.

"But already a second wave and even a third wave have begun around the world, the impact of which is quite pronounced everywhere," he said. Therefore, he mentioned that in the budget for the next fiscal year, in tandem with development, the lives and livelihood of the marginalised people of the country are receiving priority. He said that Bangladesh has reached a new height after its transition to a developing economy.

The finance minister said that Bangladesh's sustained achievement of high GDP growth in the last decade has been halted temporarily due to the effects of the COVID-19 pandemic. The total revenue income in the fiscal year 2021-2022 has been fixed at Tk 389,000 crore, which is 11.3 percent of GDP. Out of this, Tk 330,000 crore will be collected through the NBR sources. Tax revenue from non-NBR sources has been estimated at Tk 16,000 crore, while the non-tax revenue is estimated to be Tk 43,000 crore.

Health, agriculture and employment generation have been given priority while allocating resources for the ADP.

The sector-wise allocations in the new budget

Allocation proposed for the social infrastructure sector in the proposed budget is Tk 170,510 crore, in which allocation for human resources sector (education, health and other related sectors) will be Tk 155,847 crore.

Allocation proposed for the physical infrastructure sector will be Tk. 179,681 crore , in which Tk 74,102 crore will go to overall agriculture and rural development, Tk 69,474 crore to overall communications, and Tk 27,484 crore to power and energy.

A total of Tk 1,45,150 crore has been proposed for general services, which is 24.04 percent of the total allocation.

Tk 34,648 crore is proposed for public-private partnerships (PPP), financial assistance to different industries, subsidies, equity investments in state-owned, commercial and financial institutions, which is 5.74 percent of the total allocation.

The GDP growth rate was originally estimated to be 8.2 percent for FY2020-21 based on the assumptions that the economy would recover from the impact of the pandemic. Now they're looking at more in the range of 6.1 percent.

Regarding the health sector, he said that a number of plans have been undertaken to develop the health sector to address the impact of COVID-19. The implementation of some of these projects has begun in the current 2020-21 fiscal year and will continue in the next financial year. "I would like to propose to allocate Tk 10,000 crore in the next fiscal year to meet the emergency requirements to respond to the pandemic," he said.

For creating employment for the more than two million new entrants to the job market, Kamal expressed confidence in the ongoing Fourth Industrial Revolution, to opened up the door to create unprecedented new employment opportunities for skilled manpower both for home and abroad.

With the announcement of the proposed budget for the upcoming fiscal year (2021-22), a number of products are expected to see fluctuation in prices both upward and downward.