The death tally from this year’s flood reached 202 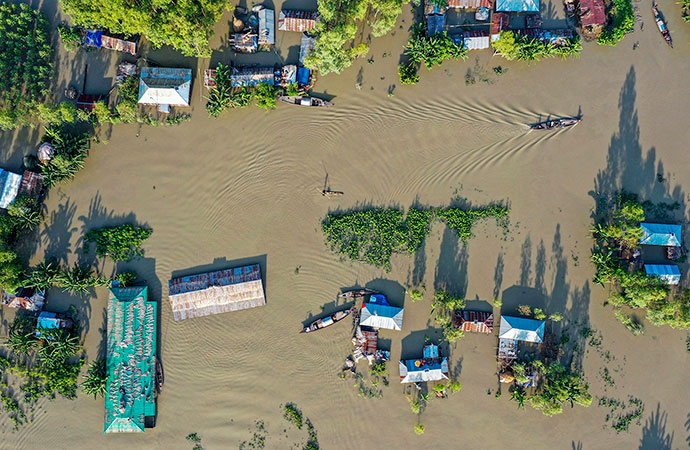 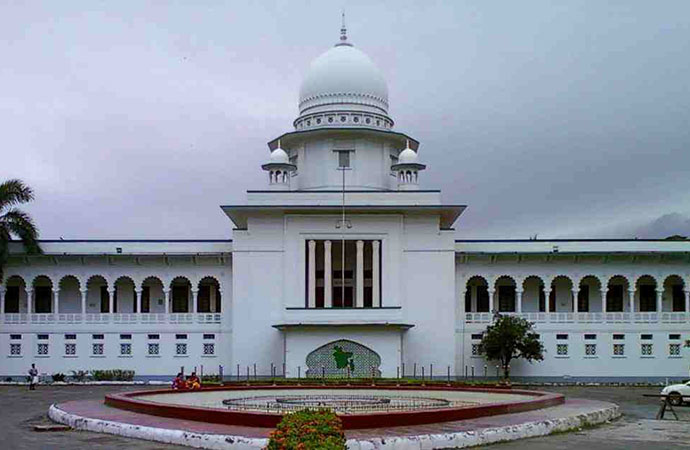 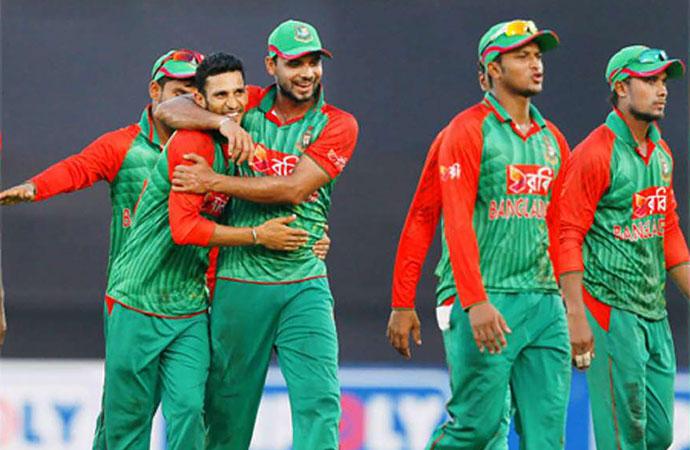 The death tally from this year's flood reached 202 as the country recorded four more flood-related deaths on Wednesday, August 12. Besides, a total of 40,710 people have so far been affected by various diseases like diarrhoea since June 30, according to the Directorate General of Health Services. Vast swathes including crop fields in 163 upazilas across the country have been inundated in what has turned out to be the longest-lasting flood since 1998.

According to the Flood Forecasting and Warning Center, the flood situation was expected to improve by the weekend in low-lying areas adjacent to the Dhaka City Corporations. On Wednesday morning, five major river systems were flowing above their danger levels at six points across the country. The Brahmaputra and Jamuna rivers were in rising trend, which may continue in the following 48 hours. Surma- Kushiyara rivers of Upper Meghna basin were also on the rise. The Ganges-Padma river was in falling trend, according to UNB.

Nearly 70 percent of the migrant workers who returned home in the first half of the current year, remain unemployed as livelihood opportunities have shrunk in the wake of the COVID-19 pandemic response measures, the International Organisation for Migration said this week. They are also faced with financial difficulties due to lack of income, accumulation of debt and health-related issues.

Unplanned, large-scale returns of unemployed migrant workers also affected remittance-dependent communities across the country where each migrant worker supports three members of their household on average. The IOM said this in a press release with reference to a recent study conducted on a total of 2,765 returnee migrants, including 1,486 international return migrants and 1,279 internal return migrants in 12 high migration-prone districts - Brahamanbaria, Chattogram, Chuadanga, Cox's Bazar, Cumilla, Dhaka, Jessore, Kurigram, Narsingdi, Satkhira, Sylhet and Tangail.

After five months, the regular functions of the High Court Division of the Supreme Court resumed yesterday on a limited scale following the health guidelines. A total of 18 benches of the High Court conducted hearings and disposed of cases in presence of lawyers and court officials, maintaining physical distance.The judges, lawyers and court staffers were seen using face masks and hand sanitiser at courtrooms in line with the health guidelines.

Physical distance was maintained to some extent at the court premises and its offices. Some lawyers expressed satisfaction as they could go to the SC premises for moving cases before the HC. Chief Justice Syed Mahmud Hossain on Monday constituted 18 regular benches and 35 virtual benches of the HC for hearing and disposing of cases. Among the regular benches, 13 are division (two judges) benches and five are single (one judge) benches.

The Bangladesh national team will return to competitive cricket following a break imposed by the coronavirus pandemic through their tour of Sri Lanka, slated to begin with a Test series from October 24, Bangladesh Cricket Board (BCB) confirmed. Apart from the three-match Test series in Sri Lanka -- part of the ICC Test Championship, Bangladesh are also likely to play a T20I series but the tour itinerary is yet to be confirmed.

The tour was finalised following a meeting between the Cricket Operations Committee (COC) and the High Performance (HP) unit. The series was originally scheduled for July but was postponed following the outbreak of coronavirus. Preparation and training camps were discussed in the meeting alongside the prospect of Shakib Al Hasan's ban coming to an end on October 29.

Three people died in the Indian city of Bangalore