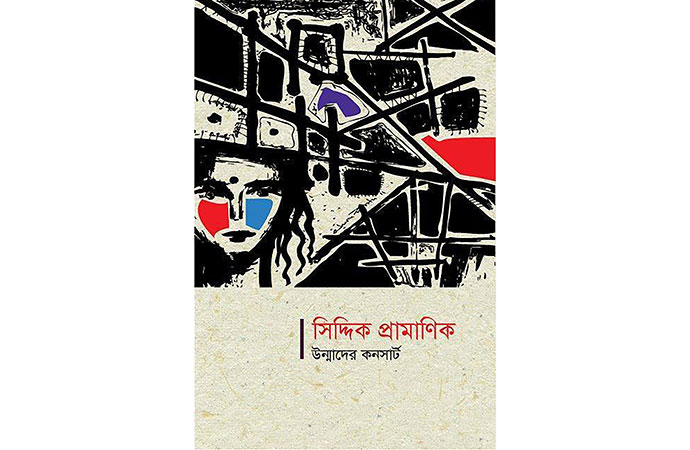 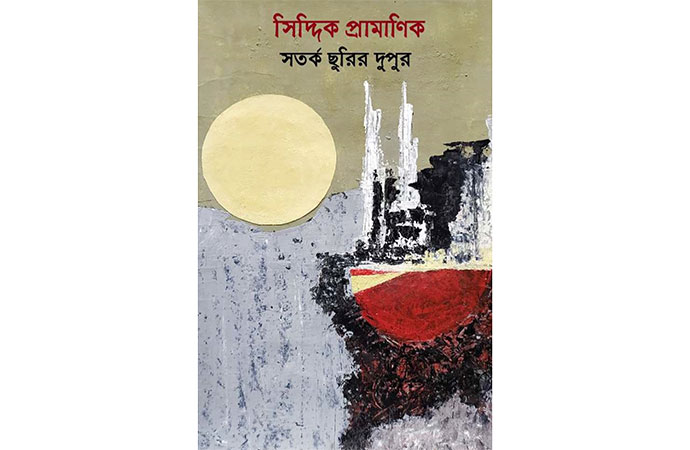 Siddik Pramanik composes poems not because he wants to indulge himself in the mere beauty of words and the art of their rhyming. He has something to say unraveling the complexities around him in the socio-political weaving of life. His words, for this very reason, makes you sit up and hold your breath in order to listen and ponder over the situation he illustrates. Siddik's poems are the art of words in heart being at the same time sharply political from head to foot. His power of writing clearly rests in his seeming failure to maintain the separation between the two realms of life-art and politics.

His poems tell us the inner workings of society through which exploitation, subjugation, dehumanization, etc. can be continued. How fake theories of politics and philosophy from the western capitalist world attack and thus make us divided, atomized, alienated and so confused. (Buno Dorshon/wild philosophy) How we have lost freedom in our lives, which even the goats and cocks are blessed with, and get engaged in the perpetual quarrel over our crops, production and cultivation. (Jounota/sex) How media make ordinary men and women into superstars by extracting all their humanity and sense of individuality and turning them into some artificial beings. (Superstar)

Prochar Sarbossho (publicity-centered) reflects this world around us as a product of the media that create the sense of happiness, crises, protest movement, political activities, and by which we play the roles of actors losing our own selves. Chhobi (photograph) tells of a girl who sold herself to a rich man, aged twice than her, through marriage for only his money, which is the most important object in this soul-less world of capitalism. In Khachchor Bongshio (family of mules) marriage is nothing but a business enterprise in this world. He severely condemns artists and writers who sell themselves to the establishment and put on awards around their necks ignoring the back-breaking struggle in people's lives. (Kobi O Kukur/the dog and the poet)

Irony is a very conspicuous style in his poems. Sex and copulation are two widely used elements, but never going beyond limit, in his hands. In Kormojibi Mess (job owners' mess house), he turns the sexual relation between a boarder and a woman cooking their food into a combination of geometry and music: The cheap wooden cot would shake when one straight line stood over another. Since then I know a harmonium lies also in the body and the black and white reeds dance at the touches of my fingers.

Poet Siddik does not express much pain or anger, but one gets a feeling of having something quite new reading his poems. His focus is on revealing a stark truth rather than making his readers overwhelmed with emotion. Usually there is no outburst of emotional flow in his poems, but the irony and easy descriptive style reaches the core of one's heart. In most cases, his poems are like some very short stories delivered in some dramatic form. In Keetnashok (pesticide) he tells of a farmer in an objective fashion of a newspaper report: The farmer scattered pesticide in his crop field and there was a bumper harvest raising hope and dream in his mind of giving his daughter in marriage and buying medicine for his sick wife. But he did not get good price for his crops and the report came that his wife was lying in the morgue after swallowing the rest of the pesticide.

The corona crisis is also featured in his poems which are recently written. The job flew away from someone who many times wanted to leave it but could not owing to his worries for his family. (Chakuri/job) A man working at a filling station lost his job. (Fillings Master) From remote villages modern slaves walked into Dhaka to save their jobs ignoring the threat of death from coronavirus infection. (Kreetodash/slave)

Siddik Pramanik's five books of poetry are Batil Besshar Diary (the diary of a wasted prostitute), Matal Musike Beshuro Nacher Mudra (disharmonic dance-pose under overwhelming music), Unmader Concert (concert of the mad), Hangorer Shomudre Mononshil Machh (the thoughtful fish in the sea of sharks) and Shorireo Harmonium Thake (a harmonium lies also in the body). Shotorko Chhurir Dupur (the noon with a watchful knife) is the collection of his best poems recently published as an e-book.

Poet Siddik Pramanik illustrates a world full of sex, violence, hypocrisies, self-interests and contradictions with a commitment to the ultimate victory of beauty, freedom, peace and humanity. His style is easy, words are simple and statement is straight, yet his attack never misses the target. Reading poet Siddik is seeing the world around us through the new glasses of poetic irony, contradiction and a political dimension of beauty.

Blown Away by Bake Away Desserts