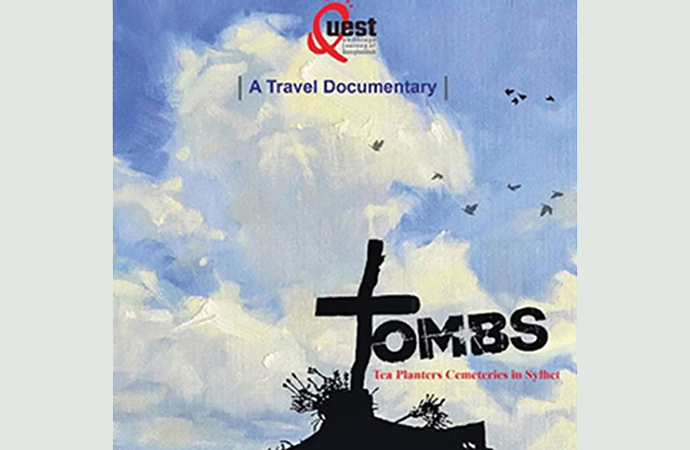 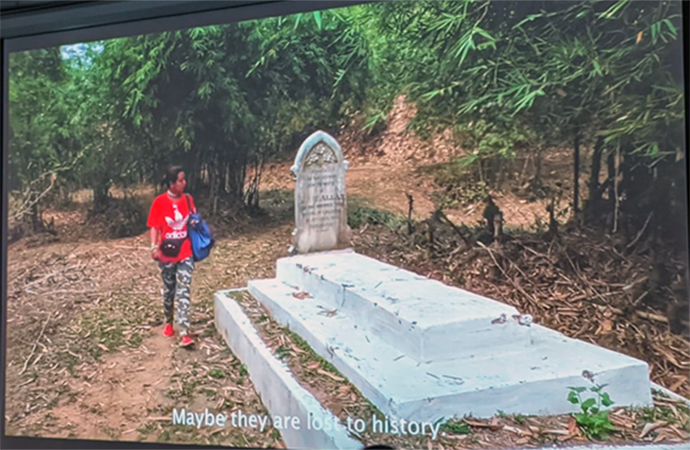 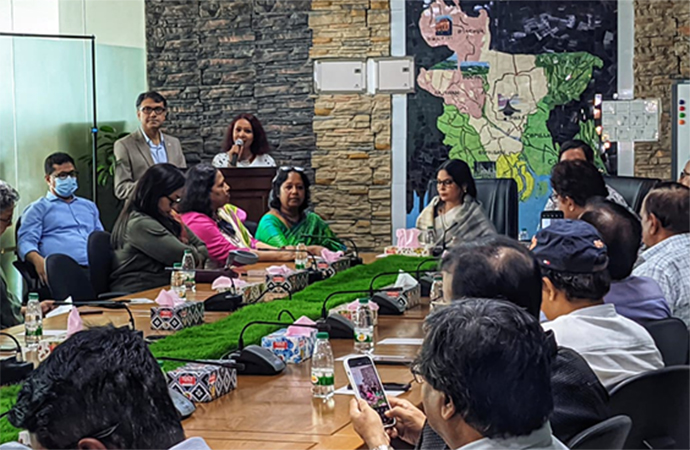 Unfolding the stories behind the cemeteries of tea planters in Bangladesh, a travel documentary titled "Tombs: Tea-Planters Cemeteries in Sylhet" was premiered on Monday at Bangladesh Tourism Board Conference Hall, Agargaon in the capital.

Conceptualized and produced by heritage traveller Eliza Binte Elahi and directed by ARM Nasir, the 30-minute documentary premiere, hosted by the Bangladesh Bureau Chief of the Associated Press and United News of Bangladesh-UNB's Chief of Correspondents Julhas Alam, was joined by Rahnuma Salam Khan, Deputy Director of Bangladesh Tourism Corporation as the chief guest.

Foreigners and many ethnic groups have settled for long periods of rule in Bangladesh and established trade connections, and needless to say that many of them are buried in the country. Different burial grounds are built in almost all the 64 districts of Bangladesh, and there are also tombs of tea planters in different tea gardens of the entire Sylhet division.

"This infographic presentation is not research nor any study. As a travel enthusiast and heritage traveller, I have been working on heritage tourism development in Bangladesh since 2016. While travelling to 64 districts, I tried to remember everything I found through writings, stories, photographs and documentaries," Eliza Binte Elahi said about the documentary.

"In continuation of that, this is the fourth production of "Quest: A Heritage Journey of Bangladesh" to develop heritage tourism and promote the cemeteries to attract foreign tourists. "Tombs: Tea Planters' Cemeteries in Sylhet" was made with that objective in mind," she added.

In 2020, she produced two more documentaries - "In Search of Jeanette Van Tassel" on Dhaka's first aerialist Jeanette Van Tassel, and "Our Road to Freedom" which put the spotlight on places connected with the Father of the Nation Bangabandhu Sheikh Mujibur Rahman across Bangladesh, which are special in Bangladesh's freedom struggle.

Eliza Binte Elahi produced "Hariprabha Takeda: An Unsung Traveler of Bengal" in 2021 about the first modern woman of Dhaka Hariprabha Takeda, and her historic voyage to Japan.

How I’m fighting for Iranian women from the outside