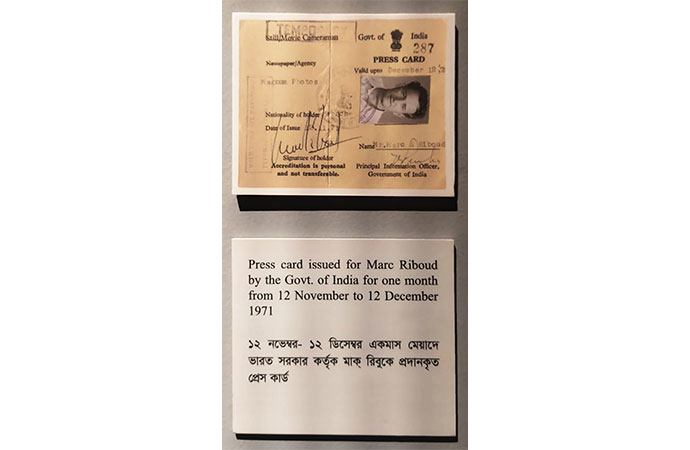 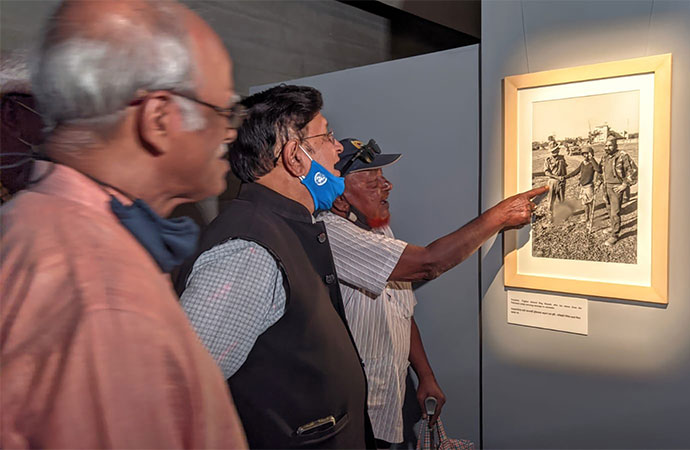 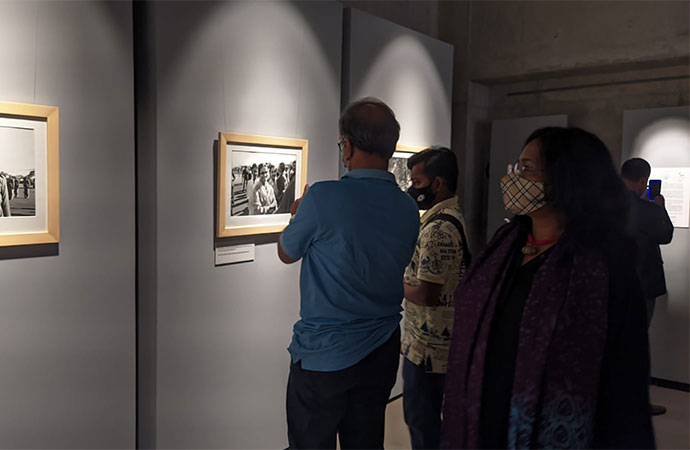 Commemorating the life and works of the iconic French photographer Marc Riboud, best known for his photojournalistic works in Bangladesh during the 1971 Liberation War, a month-long solo photography exhibition titled 'Bangladesh 1971: Mourning and Morning' was inaugurated on Saturday at the Liberation War Museum (LWM), Agargaon in the capital.

Jointly organised by LWM and Alliance Française de Dhaka (AFD), the opening ceremony of the exhibition was joined by Foreign Minister Dr AK Abdul Momen as the chief guest.

Lorène Duret, the other curator of the exhibition, alongside Catherine Chaine Riboud, widow of Marc Riboud, virtually joined the inaugural event from France.

"This is surely a remarkable day for us, as we are celebrating the never-seen-before magnificent photographic works of Marc Riboud during our 1971 Liberation War. Our Ministry of Foreign Affairs will always be there if any sort of support is needed, for the acceleration of this wonderful exhibition," FM Dr Momen said at the ceremony.

He added, "As the Ministry of Foreign Affairs, we have been implementing initiatives such as Economic Diplomacy which demonstrates the roadmap of our economic activities and achievements, and Public Diplomacy, to let the world know about the remarkable progress of Bangladesh that we achieved in the past 12 years. We have established a 'Bangabandhu Corner' in each of our diplomatic missions, to let the world learn about the sacrifices our Father of the Nation made; as well as the unique and tragic sacrifices of our Prime Minister Sheikh Hasina."

Jean-Marin Schuh, French Ambassador to Bangladesh said, "I am delighted that the works of Marc Riboud can finally be shown in Bangladesh. These 50 pictures are orchestrating a beautiful and moving way to celebrate the 50 years of Independence of Bangladesh, and 50 years of diplomatic relationship between our two countries."

Mofidul Hoque, co-curator of the exhibition, said, "Liberation War Museum feels proud to host the exhibition of Marc Riboud's photographic works during the 1971 Liberation War in Bangladesh. He was among the few journalists and photographers first to enter Dhaka, the free capital of the free nation, on 16 December 1971. It is very unfortunate that our contact with Marc Riboud could not be established in his lifetime, but we are sure he would be appreciative of the return of his 1971 images to the land and people he photographed after 50 years."

Marc Riboud (1923-2016) was a French photographer best known for capturing politically charged moments during the Cultural Revolution in China, the Vietnam War, and protests in the United States during the 1960s, alongside the last days of Bangladesh's Liberation War in 1971.

Supported by L'association Les Amis de Marc Riboud, and Musée Guimet, the unique exhibition featuring 50 unpublished photographs of the legendary photographer taken during the 1971 Liberation War, will remain open for all till November 16, from Monday to Saturday 10 am to 5 pm (except Sunday).

Riboud's photographs have appeared in numerous magazines, including Life, Géo, National Geographic, Paris Match, and Stern. He twice won the Overseas Press Club Award, received the Lifetime Achievement Award at the 2009 Sony World Photography Awards and has had major retrospective exhibitions at the Musée d'Art Moderne de la Ville de Paris and the International Center of Photography in New York. He died in 2016.

There will be a second phase of the exhibition, for which AFD hope to welcome visitors to their premises in January next year.

Bangladesh advances one notch in global rule of law ...