Bangladesh: A lucky geography but… 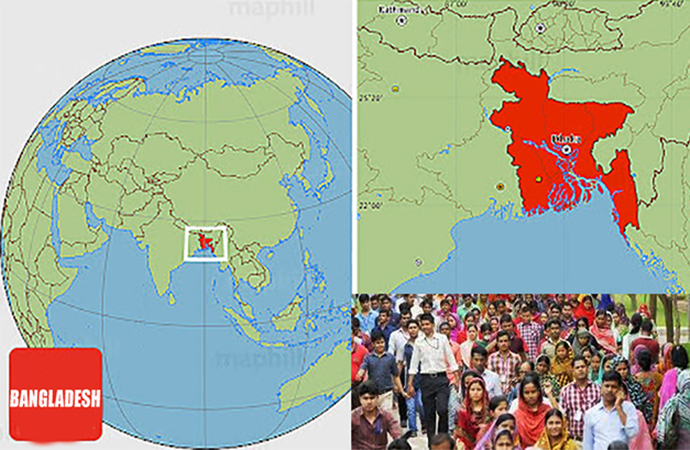 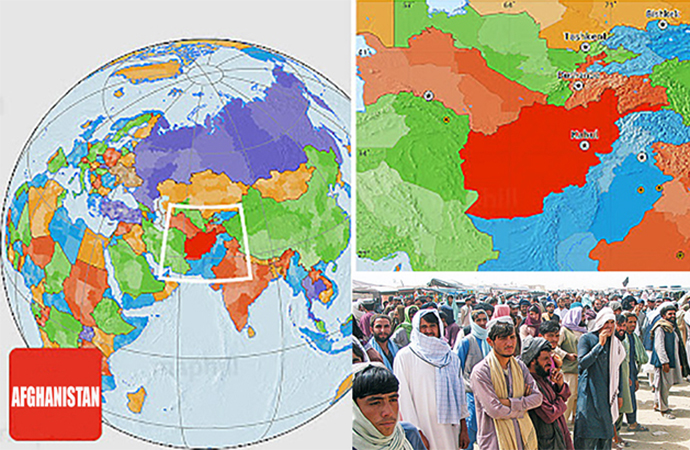 When one compares Bangladesh to Afghanistan, it's obvious that geography can play a deadly part in the way the life of a people can turn out to be. Afghanistan sits in the crossroads of several contending forces and has experienced many wars and massacres, invasions and anarchy. It's not easy to survive if one is Afghanistan. It's a country that has been forced to become a fa&ccedil;ade of a state when it's really a cluster of tribal societies, groups and territories, no way unified by any idea let alone history.

It continues to pay the price of being imagined as a State when it's not. And now that the West has imagined it to be and conducted wars to defend that idea particularly in the last few decades, wars may well go on. One can only hope that it will end sensibly one day. There is no homogeneity of its people in any way except that they are almost all Muslims and they all hate each other enough to kill each other regularly.

In contrast, Bangladesh is almost totally homogenous with an overwhelming majority that can be crudely cast in a single mold. There are minorities - religious and the ethnic groups- but though there is pressure and discrimination, there is no violence of the kind that is seen in many other places. There is also enough commonality to survive even if not at the same level of tranquility and progress. Though there was an insurgency in the CHT and political rumblings are still there it's still relatively low key. The memories of the insurgency remains but it's not a serious problem. Their marginalization is the main concern.

Lack of strategic interest a blessing

It's in the external aspect that Bangladesh is lucky. Bangladesh has no strategic interest to pursue which means undue interest in a neighbor's private life. Such interests as we can see in case of India and Pakistan can cause war, unrest and inter-country support to insurgencies. And they cause great human sufferings though in case of state managing, most states tend to ignore the human cost.

In Afghanistan, Pakistan played/plays a critical role because it serves as the only land supply route to Afg. That drew both the US's and currently China's attention. Pakistan lent a hand to both but also supported the Taliban as it supports insurgency groups in Kashmir and Kashmir is what its identity battle with India is all about. India had a long stretch of good time with a pro-Indian regime but now with the Taliban back, so are its worries and this time there is no US to back it there. Basically, it's worry is Pakistan and vice versa. Afghanistan matters to none.

Bangladesh has no such worries. It's a militarily minor state where its army has played a big role in internal politics but not outside. It has some disagreements with neighbours but nothing worth mentioning. It has no "Kashmir" to conflict with India or Myanmar, the South Asian version of Afghanistan. It has a large army and beyond a few skirmishes decades back, nothing has happened and Bangladesh has shown no interest in engaging in armed conflicts. Even the Rohingyas have not been able to trigger any confrontation. And with India, the question of armed conflict doesn't arise.

Equally important, nobody wants any part of Bangladesh and with its roughly 120 million people and a shared geography; nobody wants to risk more proximity. As it is, more 10 million are outside Bangladesh and people are scared of its migrating millions. So it's left alone.

Therefore, no one wants Bangladeshi and it wants no one either. Its problems are one of inadequate internal governance not external conflicts. It's an economic state and has the potential to be a model of the emerging economic state that is more apt for this century. Blessed with strategic irrelevance, it has a window of opportunity to do well depending on political will.

But is it socio-economically homogenous?

The issue is the best safety guarantee of a state, whether it's a monolithic nature- geographical, social or economic. While Bangladesh certainly qualifies as geographically and somewhat demographically so, it's not so otherwise. Socio-economic disparity is high and growing and the traditional mediating institutions are not strong enough to exert themselves. The result is a situation that geographically and "ethnically", they may be the same but not otherwise. Hence the much sought for homogeneity is missing or at least inadequate.

Not being monolithic creates vulnerability but it's not the ethnic that is troublesome but the socio-economic aspect. As societies and state move farther away from the political constructs, its these socio-economic divides that will increasing replace the triggers that fire instability. And Bangladesh is not reading that message well enough.

1.
Bangladesh: A lucky geography but…
2.
Why the Isis hit on Boko Haram leader is a warning shot to global security
3.
Stability or Civil War: What Awaits Afghanistan?
4.
Will a Taliban-led Islamist alliance take on China?

Since the Father of the Nation Bangabandhu Sheikh Mujibur Rahman and n ...

The 165 million people of Bangladesh have long been habituated to deal ...

Beijing looks to build ties with Dhaka on principle ..

China criticised a US law to encourage processor chi ..